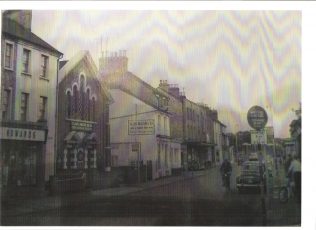 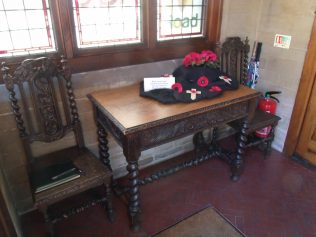 The Primitive Methodists took over the former Particular Baptist chapel in Cauldwell Street, Bedford in 1876 at a cost of £600. The chapel had been designed by local architect, John Usher (1822-1904) and built by Reynolds and Son builders just 14 years previously.

At that time, Cauldwell Street on the south side of River Great Ouse was the most prominent road in an area with a lot of building development. Predominantly this was residential area of small housing and some light industry. A lot of the housing was for workers of the Britannia Ironworks, a short distance the western side of the Midland railway.

Cauldwell Street chapel was the PM’s second place of worship in Bedford. The work in the Bedford area prospered so that in 1897 the Bedford PM Circuit was divided, with Cauldwell Street becoming the head of the Bedford II Circuit. Having developed an active ministry, it seems that by then things had cooled a little at Cauldwell Street. However, the new young, Superintendent Minister, R Newman Wycherley brought about a ‘new lease of life and enlargements were undertaken costing £1,000’ as described much later in an article about him in the Primitive Methodist Magazine of 1922. Activities included a Christian Endeavour, Sisterhood and a choir who sometimes led the singing at Circuit Camp Meetings. Ciceley Feneley recalled that Holy Communion was taken to members seated in their pews. The active Sunday School was latterly under the Superintendence of Josiah Townsend.

After Methodist Union, the Bedford II Circuit was renamed Cauldwell Street Circuit until a rationalisation took place of Circuits and following the Circuit Boundaries Bedford Commission, it amalgamated with the Bedford St Mary’s Circuit in 1942.. The former St Mary’s Wesleyan Chapel was only a short distance away along Cauldwell. Vic Howard recalled that the Prim was the livelier church, but the St Mary’s premises were better. To the regret of its members, in 1946 Cauldwell Street PM closed with registration for worship being cancelled on 6 July.

Proceeds from the sale of the Cauldwell Street Chapel enabled repairs and improvements to take place at St Mary’s. This included at the insistence of the members of Cauldwell Street, the removal of the former PM rostrum into St Mary’s together with their communion table and chairs. After the later closure of St Mary’s this communion table and chairs were removed to Kempston East Methodist Church where they continue to reside in 2014.

Cauldwell Street PM Chapel was sold to St John’s Ambulance who used it as their Divisional Headquarters until they in turn sold it to Bedfordshire County Council who demolished it and the surrounding buildings to form a car park for County Hall (now Borough Hall).