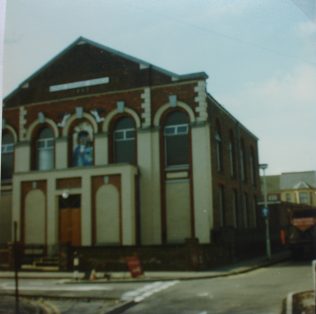 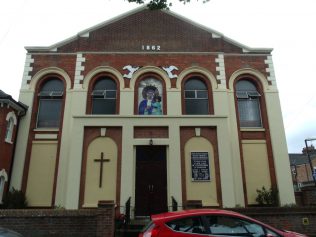 A registration for worship was made in Dunstable for Primitive Methodist worship on 18 September 1852 by Richard Tearle of Houghton Regis, plait dealer (trustee) and a second registration made on 3 January 1861 by Edwin Johnson of Dunstable, hat manufacturer (attendant). When the original chapel proved inadequate, a new one was constructed in Victoria Street and opened on 30 October 1862.

This new chapel was registered for worship on 28 March 1863 by Thomas Huckle of Luton, bonnet manufacturer (trustee). Registration for marriages was then made on 13 August 1866. The Dunstable chapel was originally in the Luton PM Circuit, until 1866 when a new Dunstable PM Circuit was formed.

One notable person from Dunstable PM chapel was Rev Joseph Odell who was President of Conference in 1900 and others from the church also entered the ministry.

After Methodist Union, Dunstable PM chapel became Victoria Street Methodist Church until it closed in October 1965 and registration cancelled on 16 November of the same year. The premises were sold and are now Dunstable Polish Catholic Church.