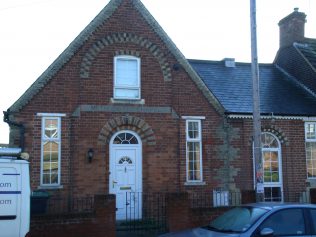 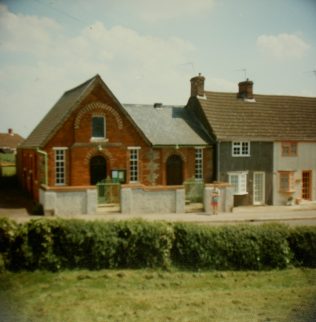 Nestling on the south side of Greensand Ridge, the village of Maulden lies on the old main road connecting Ampthill and Shefford. The name, Maulden meaning ‘cross on a hill’ suggested to the author of ‘The King’s England Bedfordshire and Huntingdonshire’ that ‘it may have been one of the earliest places of Christian teaching’.

The Primitive Methodist Church in was located in The Brache, Maulden was registered for Worship on 27 February 1861 by Edward Bishop, 6 Adelaide Square, Bedford, minister.

This was a small compact chapel. Attending afternoon worship, one was met with a sense of calmness and peace on entering the chapel through the narrow door. The simple, unornamented communion rail was a much later addition to the church after Methodist Union. The right hand side of the chapel had a screen into the Sunday Schoolroom, that could be pulled back as required. This Schoolroom was very small, making it a squeeze when a Circuit Meeting was held there. A small galley kitchen and toilet were behind the schoolroom.

Other online photographs may be viewed at: