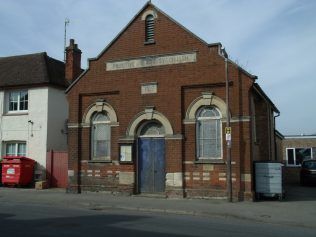 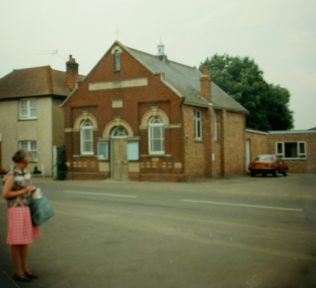 Meppershall is a hilltop village situated on the ridge south of Shefford.

In its edition of 15 July 1910, The Bedfordshire Times and Independent carried an article under the heading ‘Meppershall’ that stated that ‘In response to appeals by Nonconformists in the district, the Rev George Freeman, Primitive Methodist Minister of Biggleswade is making an effort to found a church in this village and the use of a building has been obtained. The first service was held on Sunday evening on the Common and was of a successful character.’ Services continued in a cottage with the Biggleswade Chronicle of 28 October 1910 reporting that a public tea and meeting had been held on October 19th in the New Mission Room to raise money to purchase a harmonium.

A report in The Bedfordshire Times and Independent 2 October 1914 stated that the proceeds from the Harvest Festival public tea, meeting and sale amounted to £3 2s 6d in aid of the new chapel fund. Progress must have been satisfactory as the same newspaper reported on 21 May 1915 that ‘The Primitive Methodists in Hitchin and Biggleswade Circuit have purchased a site for a new chapel…The society was established 5 years ago and there is a flourishing Sunday School. The cottages where the services have been held is now too inadequate for the work.’

The Meppershall History website states that ‘Early meetings were held in an old barn at the top of Fildyke Road and then transferred to a cottage owned by a Mrs Millard in Rectory Road.’

The stone laying ceremony for the new chapel was held on 26 May 1915 at which £82 was raised for the building scheme. The cost of the new chapel was estimated at £300. The completed church was opened on 2 August 1915 by Mr T Singlehurst of Northampton who gave an ‘earnest and spirited address’. Rev P Kay of London preached at an afternoon service that was followed by tea served for 300 people. The evening meeting was so popular that it could not admit everyone. This was presided over by Mr CT Wilkinson of Pirton and the address was given by Rev HJ Sadd of Hitchin. These celebrations raised £54 3s 7d towards the building fund.

Activities at Meppershall continued, including a visit by Biggleswade PM church choir in September 1915 when they performed ‘a capable rendering of the service of song The time of Sheaves. Then in November 1915 Mr WA Dellar of Hitchin gave an ‘instructive lecture’ entitled Mind your P’s and Q’s.

After Methodist union, Meppershall chapel continued to witness for Christ. The results of the Meppershall Parish Appraisal of 1992 indicated that the chapel together with the Parish church were ‘seen as important places of Sunday worship to a larger proportion of the village compared to national surveys.’ However, in 2007 with a reduced congregation and looming repair bills, it was decided to close Meppershall Methodist chapel.