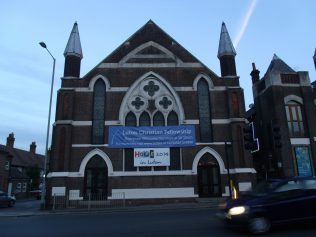 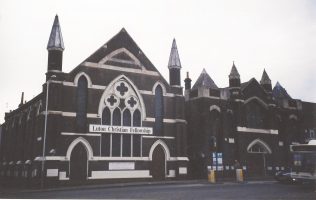 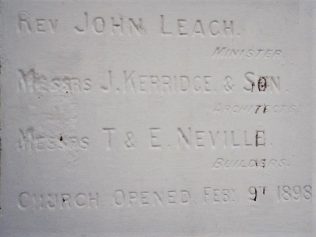 Situated on the corner of Castle and Hibbert Streets, Luton, Mount Tabor PM Chapel was built in 1897. Registration for worship at Mount Tabor PM was made by  John Leach 8 Stockwood  Cresc., Luton, minister on 7 April 1898. The following year, registration was made for marriages on 18 March. The chapel, built at a cost of £2,000 seated 650 people. Originally the chapel was part of Luton II Circuit until 1902 when it became head of the new Luton III Circuit.

The Luton News on 28 February 1902 carried a detailed report of celebrations for Mount Tabor’s 4th Anniversary under the title ‘A Crushing Debt, And £2,500 more in the air’. The report noted that Mr John Wilson MP preached morning and evening at the anniversary services. On the following Monday afternoon  tea was provided in aid of the Chapel Trust presided over by Halley Stewart JP. At the tea, the Trust reported that at the beginning of the previous year they had an opening financial balance of £11 7s 3d and debts at the end of the year were now about £2,400. However, there were 350 scholars in the Sunday School and as a result, it was proposed to build new Sunday School premises at a cost of £2,500. Despite the financial uncertainty the new Sunday School premises were opened in 1905 costing £2,140 and built by W.G. Dunham.

Mount Tabor chapel closed in 1969 when the congregation joined the former Park Town Chapel congregation in a new church in Strathmore Avenue. The registrations for worship and marriages were both cancelled on 22 October 1969.