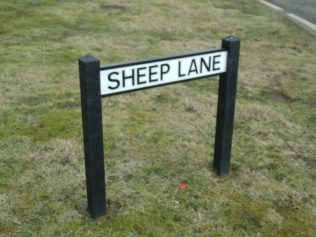 Sheep Lane is a hamlet in the parish of Potsgrove lying on the road from Watling Street to Woburn. Now only a few houses and a pub remain from what was a sizeable community that included 3 chapels and a school.

The 1851 Ecclesiastical Census includes a return for a Potsgrove Primitive Methodist congregation made by Thomas Green, Steward, Labourer, Sheep Lane. The return states that there were 50 sittings. On Census day there was an evening service when the attendance was 60.

Registration for worship in a ‘Dwelling house and premises’ occupied by Thomas Green was made on between November 1849 and January 1850 by William Wigley of Aylesbury’ As far as is known, a purpose built chapel was never constructed in Sheep Lane.