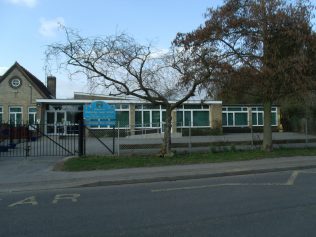 The 1851 Ecclesiastical Census includes a return for a Stanbridge PM congregation that states that it was established in 1842. There were 50 Free Sittings, 50 Other and 50 Standing.

John Hill, Primitive Methodist Preacher also noted in the return that, ‘Often times the Congregation exceed the Number Stated But we think we may safely say that the number specified is correct.

Registration for worship at Stanbridge PM chapel was made on 9 January 1861 by Matthew Plummer of Luton, bonnet manufacturer (trustee).

The Luton Times and Advertiser, 16 March 1906 stated that ‘during the past few weeks’ Stanbridge PM chapel had been renovated by Messrs W & J Clarke. A re-opening of the chapel had taken place with a public tea and evening public meeting. The profits on the tea, donations and collections amounted to £8.

After Methodist Union as there was also a WM chapel in Stanbridge, the PM chapel closed and was sold. Eventually the land was sold to Bedfordshire County Council and an extension to the neighbouring Primary school was built on the site. The registration for worship was cancelled on 5 August 1954.