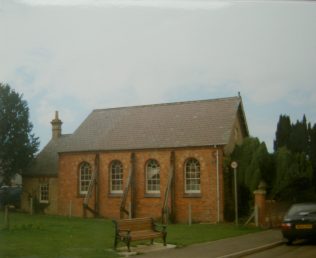 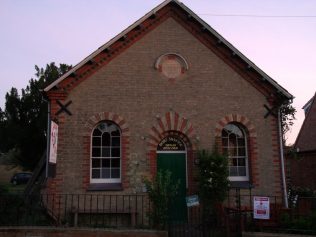 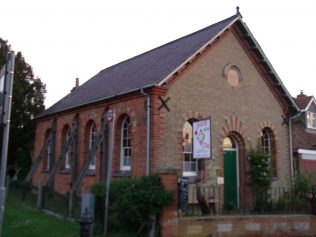 The Chapel was built in 1863, although Primitive Methodists had been meeting in people’s homes since before 1851. In that year they were holding services in a room in the home of William Wilcox, of Duck End. About 30 people came in the morning and about 60 in the evening. Perhaps  Thomas White had a larger house, as the following year the services moved to his house.

You can find out more about the Chapel, and people associated with it by clicking here.

“Chapel Opening, Steventon, Bedford Station. —We have sustained religious services in this village for more than twenty years, and have a steady society of twenty- lour members. In cottages and in the open air we have been able to preach the gospel to many of the inhabitants, and some striking cases of conversion to God have occurred from time to time. The need of a chapel has long been felt.

The Revs. W. Antliff and E. Bishop preached on the occasion of the opening, and T. Herbert Barker, Esq., M.D., of Bedford, presided at the public meeting on the Monday evening. The people in the congregations were literally crammed together. May the house be perpetually filled with the Divine presence. Amen. E. Bishop.”