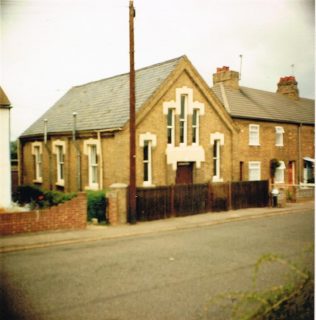 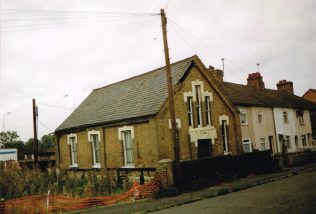 The Bedfordshire website gives a detailed account of Primitive Methodism in Wyboston, with names of those associated with the Society.

James Prosser and Oliver Jackson tell us that Primitive Methodism had been introduced to the village 22 years previously. The site for chapel measured 57′ x 25′ and cost £33, towards which there were several generous donors. The new chapel held a congregation of 120.

The chapel closed in 1991 and at the time of the second photograph in 1997 it was derelict.  It was demolished in 2006 to make room for new private housing. It stood just south of 55 High Street.