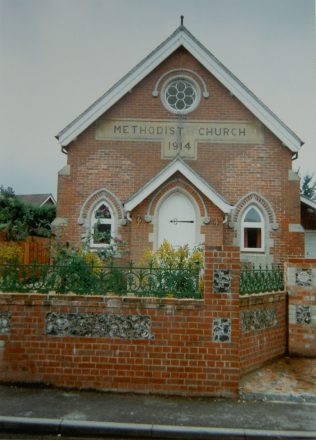 The second Chieveley Primitive Methodist chapel shown in Keith Guyler’s photograph was built in 1914.  It closed in the 1970s and has been converted, into a house called  helpfully the Old Methodist Chapel.  This is to distinguish it from the Old Chapel round the corner in Grace Street – the former Wesleyan Methodist chapel.

He dates its predecessor as 1804, which is before the Primitive Methodist Connexion was established so there is something to explore there.