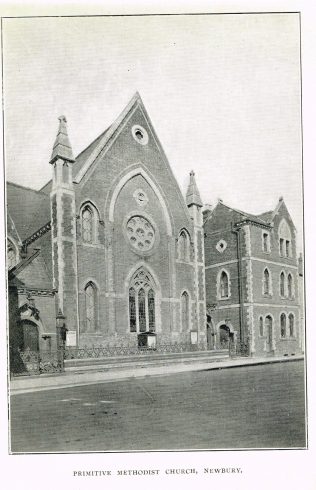 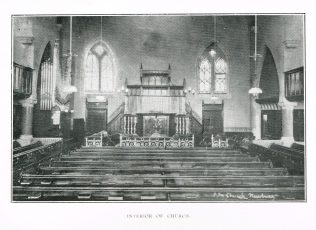 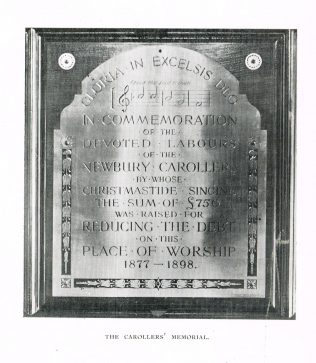 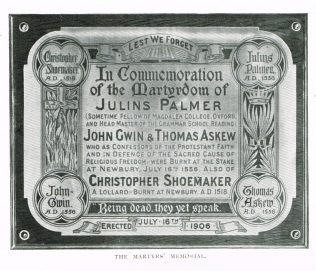 Primitive Methodism began in Newbury and the neighbourhood  on July 7th 1831 when Miss Smith, who became Mrs Thomas Russell, conducted a camp meeting at Little Hungerford. This was atten ded by a man from Newbury who subsequently opened his cottage on Shaw Hill, for worship. Afterwards the services were transferred to another cottage at Stroud Green whilst open air services were being held in different parts of the town. The congregation  then moved to ‘Ebenezer’ Chapel in Back Lane, where John Wesley is stated to have preached.

On August 13th 1837 the congregation moved to Union Chapel and it was reported that soon after the membership was increased by 40 converts. A minister’s house and schoolroom were subsequently added.

1897, galleries were erected in the church, a pipe organ added and the Sunday School rooms enlarged.

The Newbury Carrollers made a notable contribution towards the debt reduction by carol singing each year from 1877 to 1898, raising

£750 and a memorial was erected to commemorate their contribution

In 1906, a memorial brass tablet was erected to the ‘Godly and constant’ Martyrs, Julian Palmer, John Gwin and Thomas Askew, who were burnt at Newbury during the reign of Queen Mary.

Renovated in 1910, to include better sanitary conditions, heating for the school and classrooms, and improving lighting. Electric lighting was installed 1920.

A stained glass window was added at the East End of the church to commemorate those who died in World War 1.

Thomas Russell, one of the pioneer Missionaries to Berkshire, attended a service in October , 1880, to celebrate the Jubilee of Primitive Methodism in Berkshire.

In 1902, Sister Hannah (Miss Brandon), was employed by the church for two years , making a notable contribution to the Social Service of the town.

On Sunday, June 9th, 1907, a great Centenary Camp Meeting was held on Greenham Common when processions from five different areas were led by Brass Bands to the Camp ground. Over 4 000 people gathered to worship.