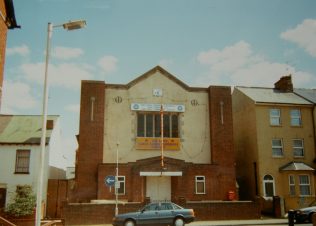 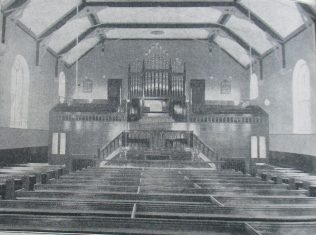 There were at least 5 Primitive Methodist chapels in Reading:

Ebenezer chapel in Cumberland Road was opened in 1871 and closed in 1972.  At the time of Keith Guyler’s photograph in 1993 it was a Sikh Temple. Google Street View in May 2014 shows it still in this use.

A report of the laying of the foundation stone is included in the Primitive Methodist magazine of 1871. The ceremony took place on 18th July and the new chapel was intended to be 50′(l) x 32’9″(w).