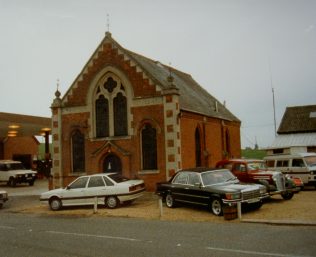 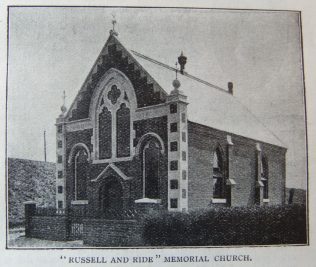 The first Primitive Methodist chapel in Shefford was known as Russell Ride Memorial and was opened around 1830.  It was named after two leaders of the Berkshire mission – John Ride and Thomas Russell.

It was replaced in 1905 by the chapel in Wantage Road.  This served until around 1980 and at the time of Keith Guyler’s picture was used as a garage. Although its location is clearly marked on the 1947 Ordnance Survey map and the garage is still there, the building has disappeared.  Can anyone confirm what happened?

The chapels were in West Shefford which is also known as Great Shefford – because, surprisingly, it is bigger than East or Little Shefford.