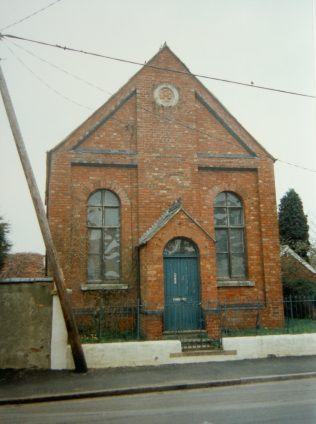 Great Horwood Primitive Methodist chapel, north west of Leighton Buzzard, was opened in 1875 and held 120.  It closed in the 1950s.

On Google Street View in June 2011 it appears little changed from Keith Guyler’s photograph, with the exception of the addition of a very small solar panel.