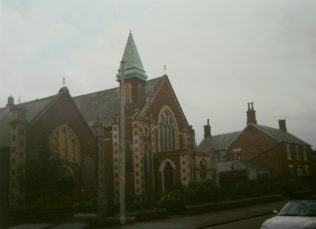 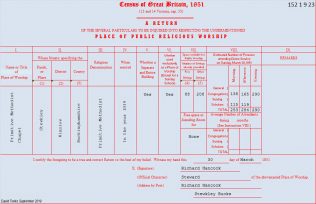 A plaque on the house records that the first Primitive Methodist Chapel in Stewkley was built in 1839 at No.1 Orchard Lane (then known as Chapel Lane).

Samuel Turner tells us in the Primitive Methodist magazine about the opening of this first chapel, although the date 1830 is probably a misprint for 1839:

“Stewkley This new chapel stands almost in the centre of a large village, a mile and a half in length.  It was opened on Wednesday, October 4, 1830, by the Rev. D. W. Aston, of Buckingham, in the morning and afternoon by, and W. Horsell in the evening; and on the following Sunday by H, Sharrnan in the morning and evening, and S. Turner in the afternoon.  Visible good was effected during these interesting services.  This chapel is thirty-three feet by twenty-four inside, and is settled on the Connexion.

A Sunday school has since been established in it, which is doing well, and a large congregation listens attentively to the word of life.

We would here tender our thanks to the farmers of Stewkley, and to Mr. Walduck especially, for drawing the materials, and taking an active part in its erection, and to all the kind friends for their liberal donations.”

The 1839 chapel soon became too small for the growing congregation so a front gallery was added. Even that wasn’t enough and the chapel was made 6 feet longer and raised the walls 4 feet. This allowed them to add two side galleries and accommodate around 450 worshippers.  They boarded the floor and added four new windows and a good pulpit.

Re-opening took place on July 23rd 1849with sermons by G Austin of London. They celebrated with a tea for 260 people which contributed towards the over £35 they raised towards the £153 cost. W Wigley tells us about it.

The chapel in Keith Guyler’s picture in the south of the village was completed in 1903. The chapel (including the pipe organ) cost about £3,000 and the Sunday School about £2,000.   On Methodist union in 1932 the Prim chapel was retained and the Wesleyan chapel disposed of. It still in 2015 serves as Stewkley Methodist church.