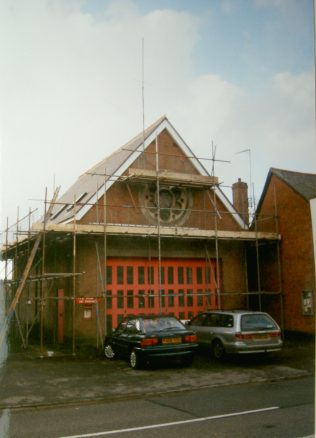 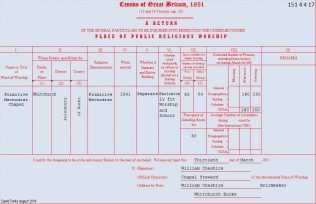 “Whitchurch. This is a very large and populous village, five miles distant from Aylesbury. The word preached here had free course, and was glorified in the salvation of some of its worst inhabitants. The house in which we preached, though large, was too small frequently to contain the congregation. An eligible piece of ground in the centre of the village, with three houses, was offered for sale for one hundred and twenty-two pounds ten shillings. We purchased the whole, and have built a substantial chapel, thirty feet long, and twenty-two wide, in the clear. This chapel is placed in easy circumstances, with a good congregation and an increasing society. A Sunday school has since been established.”

In the 1851 religious census 160 people attended the Primitive Methodist chapel in the afternoon and 150 in the evening. Similar numbers attended the Wesleyan chapel. The 1851 Census records that the village population was 915.

The Primitive Methodist magazine of November 1889 tells us that the Whitchurch society had started work on a replacement chapel.  This is the chapel in Keith Guyler’s picture.  The foundation stones were laid in November 1899 and they hoped it would be debt free when it opened.

Whitchurch Primitive Methodist chapel closed in 1935 and become a fire station. It was later converted into a four bedroomed house and you could have bought it in 2013 for just under £500,000.