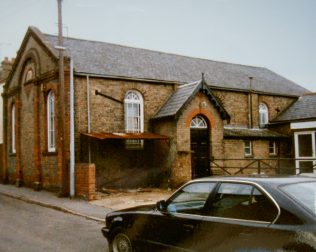 Ely Primitive Methodist chapel was opened in 1847 and there was a Sunday School in 1851.

The 1885 Primitive Methodist magazine tells us that the chapel was being  enlarged and new schoolroom and minister’s house were being built.

The chapel served until the 1950s. At the time of Keith Guyler’s photograph in 1993 it was used for storage.  Although the chapel is marked on the 1946 one inch Ordnance Survey map, I can’t find it on Google Street View from 2008 onwards.  Is it still there?