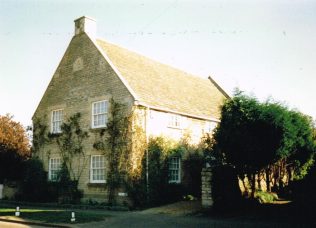 At the time of Keith Guyler’s photograph it had become a house called The Old Chantry.