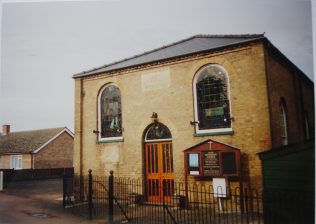 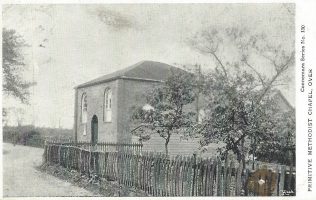 zoom
Over Primitive Methodist chapel: picture from a postcard sent in 1907
provided by Randle Knight

Records give evidence that there were 9 members in a Methodist Society in 1824 and meetings were held in farm buildings before a house was registered in 1836. Over Chapel was built in 1848 and the word “REHOBOTH” on a tablet above the door which is a Hebrew word meaning “enlargement”. By 1857 a gallery was added to the Chapel so that more seats could be added to increase the seating to 140 due to the demand. In 1861 extra land was purchased and a school room was built where, in 1884, 112 children attended. By 1989 the chapel was going into decline and was in need of a total renovation which happened in 1990. The following year, the first service was held in the newly renovated hall and in 2013 it was reported that regular service was still taking place.