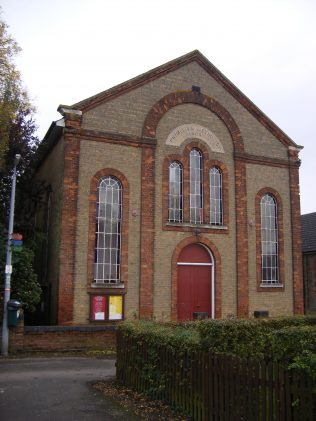 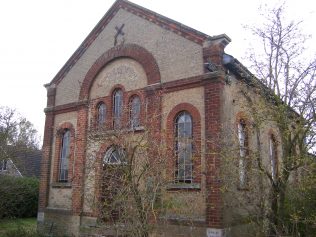 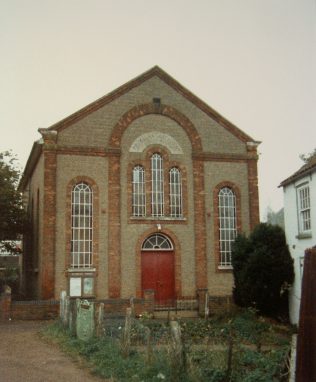 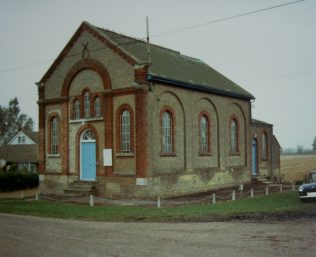 The first PM Chapel in Soham, Cambridgeshire, was opened in 1841 and was attended by about 230 people.  Then a new chapel was built in 1869, which can be seen in the picture.  This chapel is still in use by the Methodist congregation today.  Several of the foundation stones were laid by people with the surname ‘Collen’, which was my great-grandmother’s maiden name.  She was brought up on a farm in Great Fen Drove, three miles north of Soham.

The second picture shows the PM Chapel at Soham Fen.  This is actually smaller than the chapel in Soham, but built in exactly the same style.  The original chapel in Soham Fen was built, probably of wood, in 1843, and then rebuilt in brick and stone in 1872 with 164 seats.  This chapel was still in use until the 1990’s but has since been sold and is now a private dwelling.  The Circuit Archivist has found a record of the baptisms at this chapel which include my great-grandmother’s name: 16 June 1858, Martha Ann Collen, born 12 May 1858 to James and Emily Elizabeth Collen.  One of the foundation stones of this chapel was laid by John Collen, who was probably her grandfather.