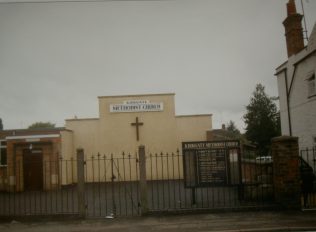 Walsoken is north east of Wisbech. Walsoken Ebenezer Primitive Methodist chapel in Kirkgate was opened in 1876.

It served as Walsoken Methodist chapel and Google Street View in 2009 shows it apparently still in use, but in 2012 planning permission was sought for its demolition and replacement with two houses.

There is an account by E Butters and M Taylor in the Primitive Methodist magazine of the opening of an earlier chapel in Walsoken. The foundation stone was laid on July 30th 1835 and the chapel opened on October 18th 1835. The stone was laid by F Moss and G Tetley and the opening preacher was J Garner.