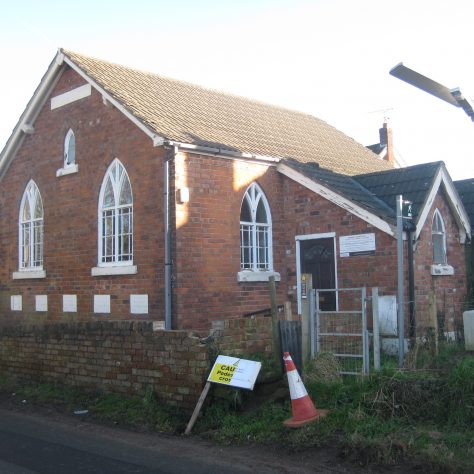 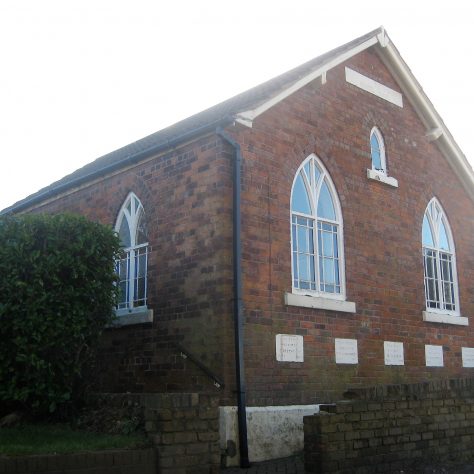 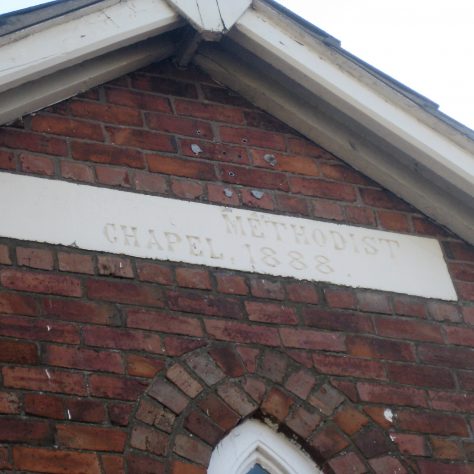 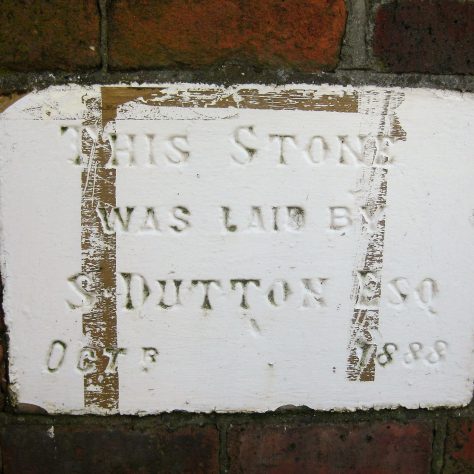 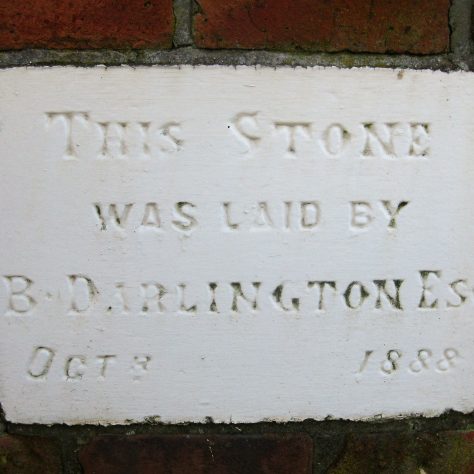 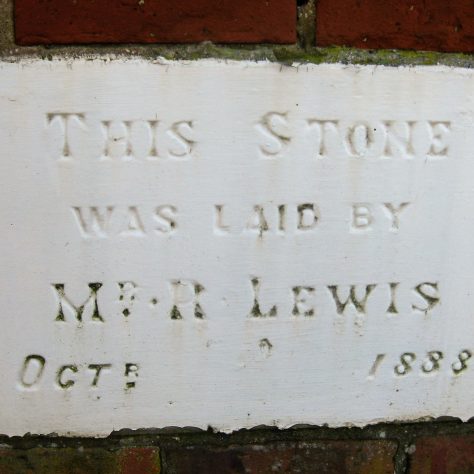 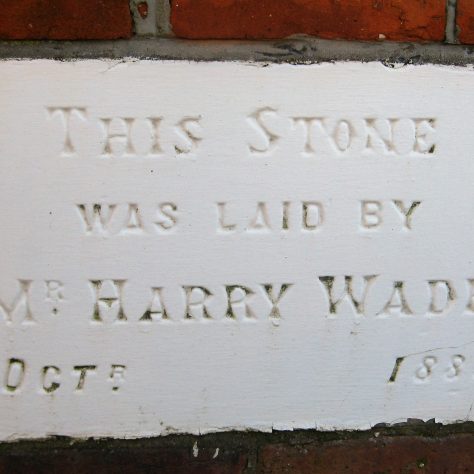 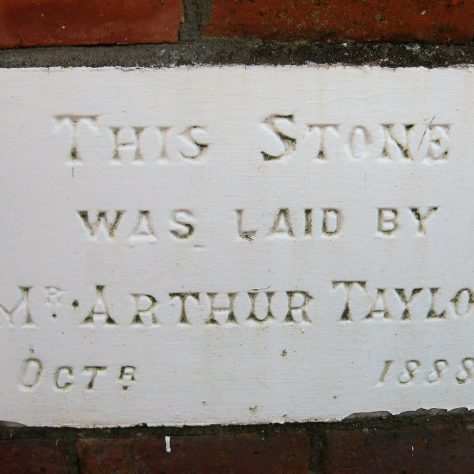 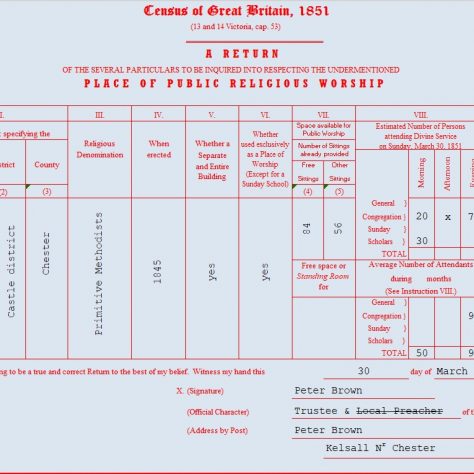 Ashton: Return from the Primitive Methodist chapel to the 1851 Census of Places of Public Religious Worship
transcribed by David Tonks

This chapel was in the hamlet of Aston until 2004. Ashton was re-named Ashton Hayes when the hamlets of Ashton Hayes, Brine’s Brow,  Peel and Woodside all came together.

There was a Wesleyan chapel in Ashton but this closed and is now a house. The Primitive Chapel must have continued for worship but now it is no longer used by the Methodists. It is currently in use by the Plymouth Brethren.

The Return from the Primitive Methodist society at Ashton to the 1851 Census of Places of Public Religious Worship records the society meeting in a chapel built in 1845. It held around 140; the average evening attendance was 90 worshippers.

The laying of foundation stones for the re-building of the chapel in 1888 is recorded in the December 1888 Primitive Methodist magazine (page 760).  The new chapel was on the site of the former one, but would be “more commodious”.  They had used the previous chapel for over 40 years.