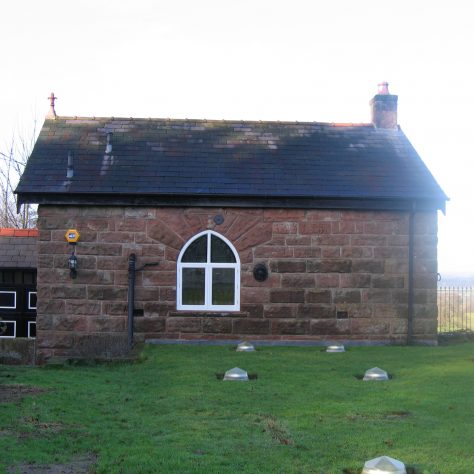 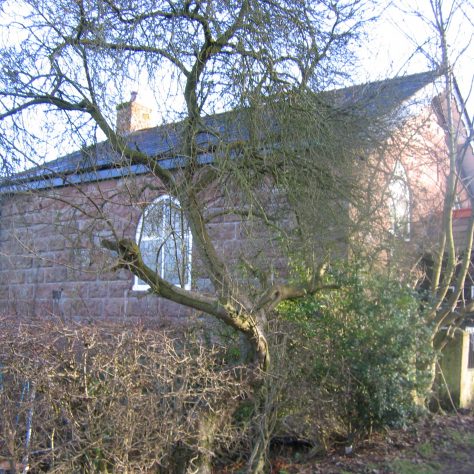 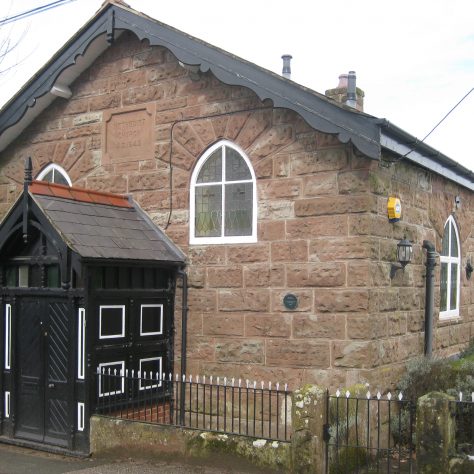 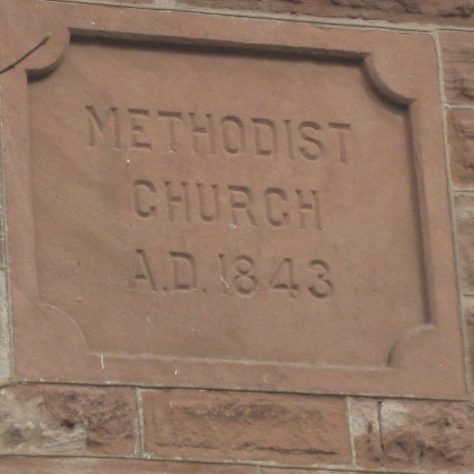 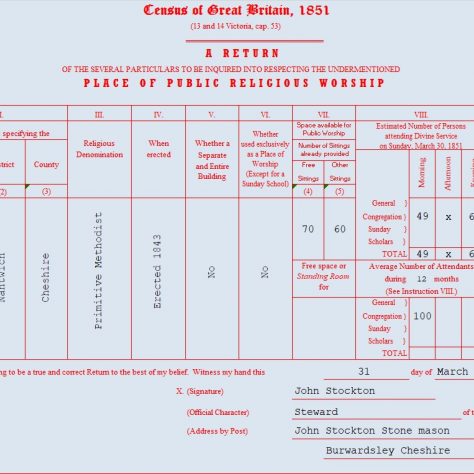 Burwardsley: Return from the Primitive Methodist chapel in the 1851 Census of Places of Public Religious Worship
transcribed by David Tonks

In a further post on Burwardsley chapel now included here, Mike Kiddle wondered whether “the Methodist Church (was) the influence for the nearby cottages being named Meshach and Shadrach. The third cottage appears to have extended and is now named Holly Cottage. It may have been originally called Abednego to complete the trio.

There is a road near St John’s Church called Mount Tabor, also from the chapel’s influence. Mount Tabor is reputed to be “the high mountain” mentioned in the Old Testament, and in Matthew Ch 17, and other gospels, the site of the Transfiguration of Jesus.” (Ed CH)