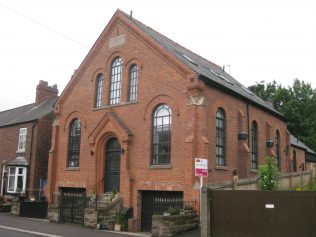 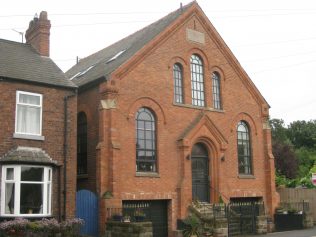 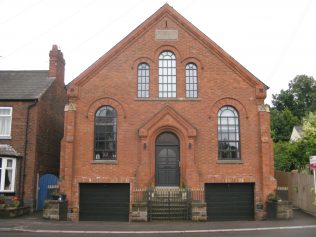 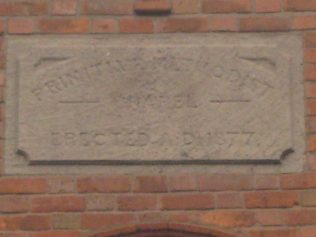 Frodsham Primitive Methodists held camp meetings at Five Crosses and Overton and regular services were held in a cottage in the main street. Eventually they felt the need to build a chapel and did so at Frodsham Bridge.This building was used by the Anglican Church when the Primitives moved to the other end of the village to build the ‘Bourne’ Chapel.

In April 1877 the Trustees took out a mortgage of £400 on a piece of land that belonged to the Marquis of Cholmondley.There was a 999 year lease on the land and the chapel paid a rent of £3 14s 4d twice a year. Worship continued in this chapel until 1987.

Between 1987 and 2011 or thereabouts the building was used as offices. Since then it has been converted into four town houses, two in the main chapel building and two in the school rooms at the back. In 2013 while this conversion was taking place a time capsule was found behind a stone in the front of the building. The contents included the deeds of the chapel, a Warrington Guardian dated 18th November 1876 , a Primitive Methodist Journal of Denominational and General News dated 16th November 1876 and the back of a preaching plan from 1876 with the names of the Trustees, architect and builder. It was decided that the contents would be donated to Englesea Brook Primitive Methodist Chapel and Museum.