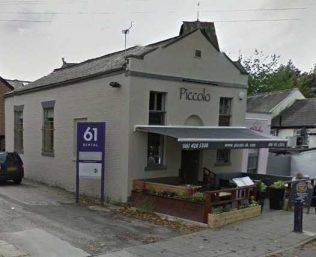 IN the year 1826 or 1827, a small and thinly populated village, called Gatley, four miles from Stockport, and eight from Manchester, was missioned by the Manchester circuit, to which Stockport then belonged. The first class, I believe, was formed by brother Thomas Holliday: and an account about the missioning of the place appeared in the Magazine for 1828 …

By the Conference of 1841, I was stationed in the Stockport circuit, to which I came in July. On first visiting Gatley, I found only nine members in society, the greater part of whom were in a low state of grace; yet some had long poured out their supplications to God in behalf of Zion …

In less than one quarter of a year the number of our members was more than trebled; and at our March quarterly meeting the number of approved members, reported to be at Gatley, was thirtyfour …

At a meeting, held in the evening of the connexional fast day, November 11th, 1841, two souls were set at liberty, and seventeen candidates for membership were admitted on trial. On November 21st, the quarterly lovefeast was held at Gatley: though the weather was very unfavourable, the preaching room was crowded to excess, and the presence of the Lord was powerfully felt. In the evening, the crowded state of the room rendered it difficult to reach the pulpit …

In consequence of the crowded state of Gatley preaching-room, and the improvement of our Sunday school, it was thought that we should have a chapel; and as the Lord had converted our three friends, the farmers, Messrs. T. Booth, B. Booth, and J. Ardern, we were well able to erect one …

… brother Booth determined to purchase a small freehold estate, in order that our design might not be longer frustrated. Having made the purchase, the ground was marked out, und on November 29th, 1841, the foundation stone of a chapel was laid, on occasion of which, a sermon was preached from Isaiah xxviii. 16, by brother George Kidd. The building was executed by Mr. Francis Beeston, builder, Stockport, one of our leaders, and a tried friend. It is a neat edifice, eight yards by twelve outside, is delightfully situated, and regularly settled on the Connexion, according to our deed form. It has a rising gallery in front of the pulpit, containing fifty-two sittings, forty-six of which are let; and the ground on which it stands, and belonging to it, containing two hundred and forty square yards, is taken on a chief rent, at three half-pence per yard per annum. At the south end of it is built a very neat vestry or class room, and on the west lies the spare land, which is a sufficient site for a school. In the front is a grass-plot, with evergreen and poplar trees, giving the whole an appearance of fertility and beauty. The chapel is in easy circumstances, the whole cost of building and beautifying having been only two hundred and thirty pounds …

Francis Beeston, great(x3) grandfather of Rosemary Kopittke, was born in Fenny Bentley, Derbyshire in 1798. He moved to Stockport in the late 1820s. It is not known when he was first associated with the Primitive Methodists but he met William Clowes in September 1833 at Stockport and Francis’ son Robert was baptised at the Ebenezer PM Chapel, St Peter’s Place, Stockport in 1835. Robert migrated to Brisbane in Queensland, Australia in 1862 and was later to build a Primitive Methodist Chapel there.

The Gatley Village Conservation Area Character Appraisal, prepared by the Stockport Metropolitan Borough Council (2005-2007) includes the Primitive Methodist Chapel, located at 61a Church Road. It states: Chapel situated on the South side of Church Road to the north west of Gatley Green built in 1841. Schoolroom added in 1865. Chapel closed in 1932.

The Gatley Village Conservation Area Character Appraisal, prepared by the Stockport Metropolitan Borough Council (2005-2007). The report can be accessed at http://ow.ly/qTKBY (viewed 17 Nov 2013)

The Journals of William Clowes, A Primitive Methodist Preacher 1844, page 333