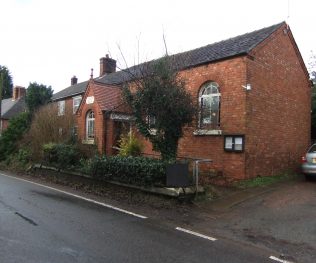 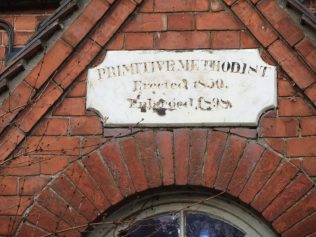 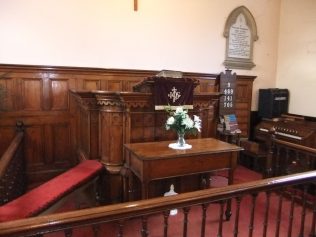 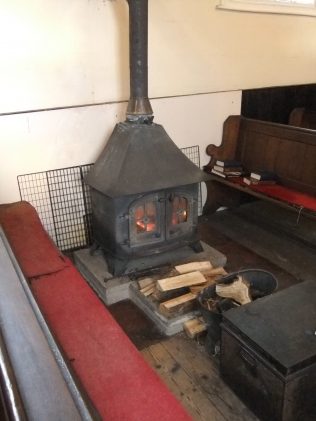 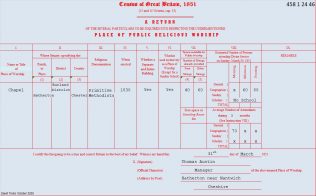 zoom
Hatherton: Return from the Primitive Methodist chapel in the 1851 Census of Places of Public Religious Worship
transcribed by David Tonks

The chapel was built in 1850 and enlarged in 1898. It was built at the end of a terrace of houses within a rural community between Nantwich and Audlem.
The chapel consists of a single room with a small porch. It is heated by a wood burning stove in the centre of the side wall of the chapel.
The chapel contains a memorial to Thomas and Emma Austin. Follow the link to see Emma’s obituary.
The chapel is still used for Sunday afternoon services (January 2014).

I’ve added the Return from Hatherton Primitive Methodist chapel in the 1851 Census of Places of Public Religious Worship. Interestingly, it cites an opening date of 1830. But the date over the chapel door says 1850 (I think) – so why weren’t they using the 1850 chapel in March 1851?