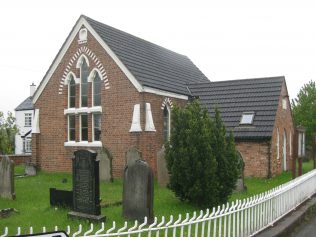 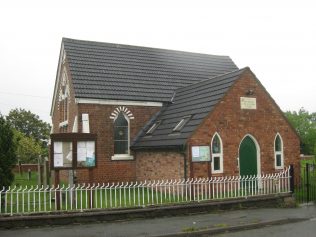 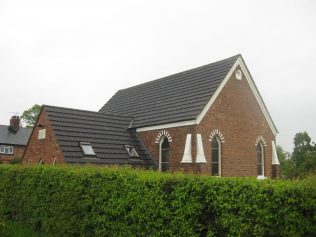 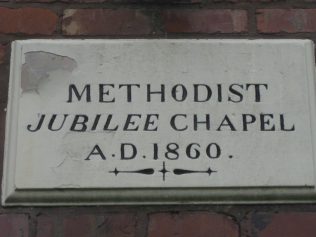 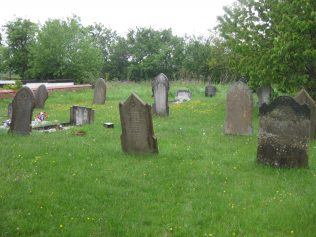 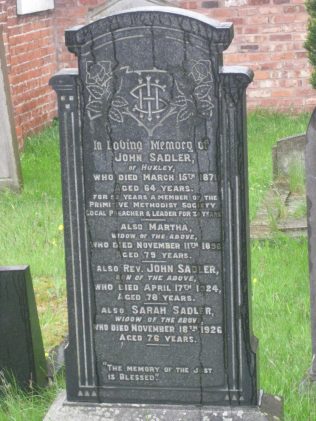 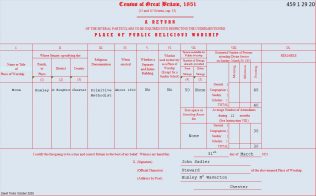 zoom
Huxley: Return from the Primitive Methodist preaching place to the 1851 Census of Places of Public Religious Worship
transcribed by David Tonks

Huxley Primitive Methodist chapel dates from 1860. We are told by the steward, John Sadler, that previously, in 1851, they met in a preaching place dating from 1800. It held 50 people and the average attendance each Sunday evening was 40.

The laying of the foundation stone of the chapel is recorded in the Primitive Methodist magazine in a report by George Stacey.

“Huxley in the Chester Circuit was first visited by our preachers in 1819, and for forty-one years a congregation and society have been heartily welcomed, and uninterruptedly accommodated at the house of Mr. John Sadler, farmer. A plot of ground, of sufficient dimensions for a graveyard and chapel, has been secured to the Connexion, and the foundation stone of a Jubilee Chapel was laid July 5th, 1860, by I. F. Maddock, Esq., of Chester, who delivered an appropriate address ; after which the Rev. W.Rowe preached an impressive sermon to a large and attentive congregation, 270 of whom adjourned to a commodious tent, partook of an excellent tea, and liberally patronised the object contemplated.”

The actual opening is described the following year by J Eastwood.

The new chapel was “neat …in the Gothic style”, in the “most modern design” by Mr. T. A. Richardson, architect, of Chester. Built of brick and stone, it measured 34′ x 22′ and cost £250. Mr. E. Sadler, of Eccles, near Manchester gave the windows. A significant collector of funds was Mr. John Bennett, deceased.