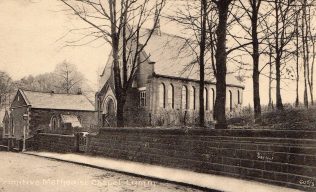 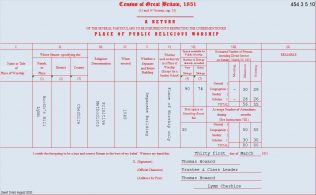 Image from a postcard , published by C.E. Ardern, Lymm.

In the 1850 Primitive Methodist magazine, John Oscroft tells us more about the opening of the first chapel at “the remarkably clean and pleasant village of  Lymm”. After meeting for years for free in a small school-room belonging to Thomas Howard, a revival in 1848-9 doubled the number of members and they decided to build.

A larger chapel was opened in 1898 next to the original chapel. The architect was J D Mould of Manchester and Bury, and the contractor Henry Thomason of Lymm.  In 1966 the chapel united with Lymm New Road (formerly Wesleyan) chapel. In 2019 Street View shows both chapels still in use.