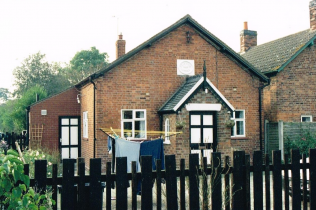 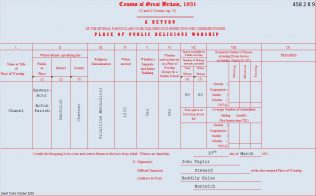 zoom
Ravensmoor: Return from the Primitive Methodist chapel in the 1851 Census of Places of Public Religious Worship
transcribed by David Tonks

However, the Return to the 1851 Census of Places of Public Religious Worship identifies an earlier chapel, built in 1833. The return ws completed by John Taylor, the steward