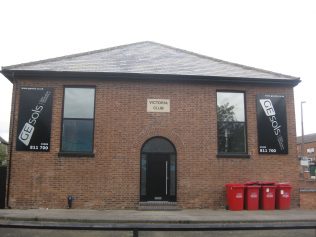 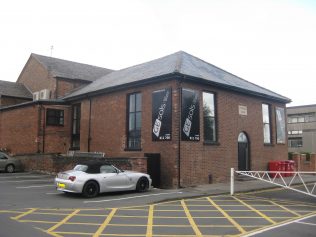 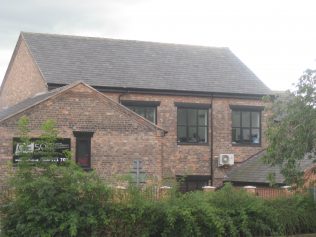 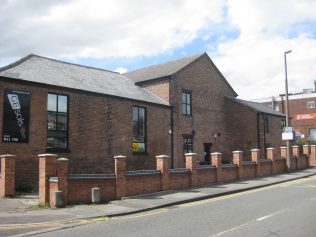 This chapel was built on John Street. It replaced two cottages and the Northwich Public Bath House. These were all built in 1830. The bath house was not a financial success. When the site had been cleared it was bought by the Primitive Methodists who up to that time had been worshipping in their homes.

The chapel was only used until 1877. One presumes that the Primitive Methodists needed a larger building and so they moved to a new building (begun in 1876) on the corner of Witton Street and Brook Street. This was called the Bourne Chapel. It survived on that site until 1989 when the second Bourne Chapel replaced it. Unfortunately this chapel only survived 10 years as it subsided and had to be demolished. The present Northwich Methodist Church stands on that site today.

After the closure of the John Street Chapel it opened again on 28th July 1877 as the Northwich Victoria Club. A group of Northwich tradesmen had got together to form a gentlemen’s club - The Northwich Victoria Club Company.(it is one of the oldest registered companies and one of the first registered clubs).The chapel building was extended to include a billiards room, a reading room, library, a function room and a bar.

After World War 2 membership of the club dwindled and the Freemasons took it over when their building had to be demolished due to subsidence. A redevelopment of the town centre in the 1960s left the chapel building still intact!! Although the Freemasons continued to use the building it did deteriorate. The building escaped another very recent and still on going redevelopment and it was put up for sale. The Freemasons moved out and the building was bought by Gavin Edmondson Solicitors. It has undergone extensive renovation and underpinning and the whole of the inside is completely new.

Brett Langston – Research and Collections Officer in the Cheshire Archives.