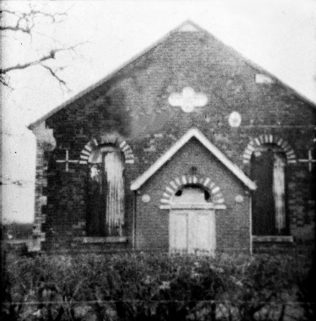 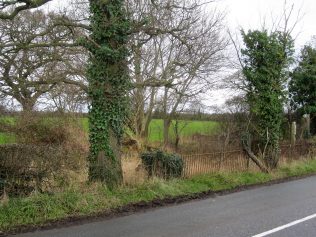 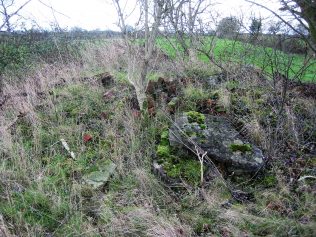 zoom
Was this once the Chapel ?
Photo taken January 2016 by E & R Pearce

Occleston was part of the Sandbach Circuit, and appears on the Sandbach Primitive Methodist Circuit Preaching Plan for 1899 (copy at Englesea Brook Museum).

In 1960 it was described as a ‘Brick building with Pews seating 60; No schoolroom’. (Report for the Department of Chapel Affairs, 1963, compiled from returns made on 1 December 1960.

It was not known what happened to the Chapel after it closed in 1961. It was thought that it may have been turned into a house.

However this photograph shows the charred remains of the Chapel (2010).

Can anyone add any more information?