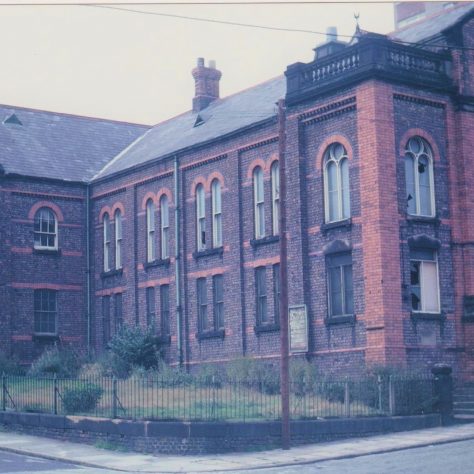 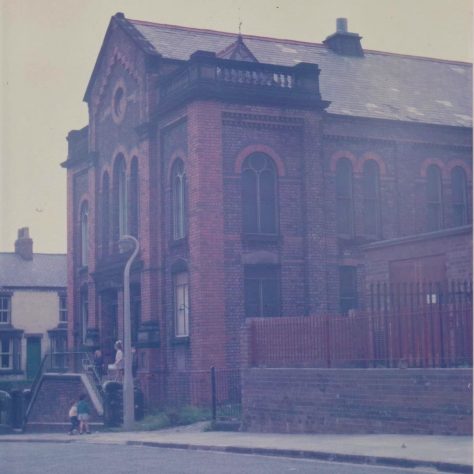 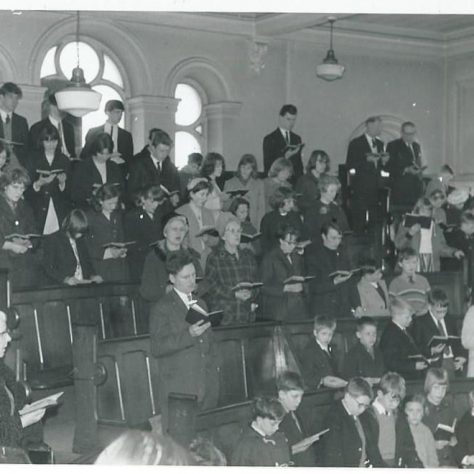 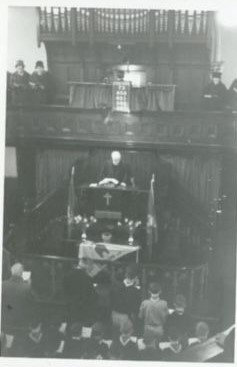 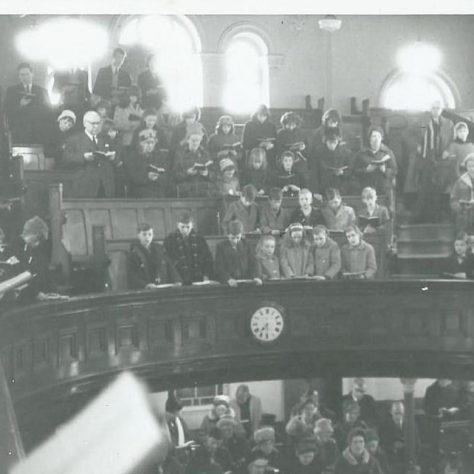 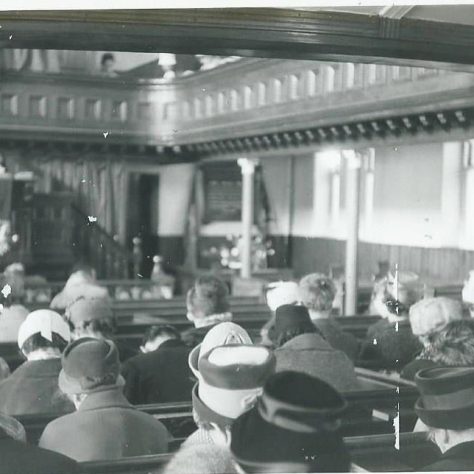 Many thanks to Christopher Wells for sharing his research into the history of the chapel associated with the new Sunday school.  Mount Tabor was the successor to chapels in Grosvenor Street and Queen Street. Chris confirms that it was sited in Holt Road and  Holt Road itself still exists.  The chapel was sited at the junction of Holt Road (north side) with Leighton Road (west side), where private residences nos. 40 and 38 Leighton Road (CH41 9DZ) now stand.

Some key events in Mount Tabor’s story are shown here: download the attachment for the full story.

1879:  The 1879 Primitive Methodist magazine page 60 (see here) tells us ‘they’ were working on a new Primitive Methodist chapel at Tranmere in the Birkenhead station to replace the previous less “commodious” one [Queen Street or Grosvenor Street?)]. It was expected to cost £3,000 and would include a school room and class rooms.

A 1909 map is the first map I have found that shows the chapel, labelled (‘Meth. Ch. (Prim.)’).  It is a T-shaped building.  The stem is the chapel with an entrance from Leighton Road which scales at about 53ft x 40ft; across the back, scaling about 61ft x 29ft, are presumably the schoolrooms.  Behind this is another building, presumably also a school (perhaps the original 1861 school) which scales 50ft x 28ft.  There are schools next door to the west in Holt Road (Tranmere Higher Grade Presbyterian School) and to the north in Leighton Road (the Holt School of Science & Art).

There are numerous reports about events and activities at Mount Tabor chapel in the Birkenhead News between 1880 and 1940; these mostly report on Chapel, Sunday School and Schools Anniversaries, Christmas events and Harvest Festivals.  Some are included below.

‘CHRISTMAS TREAT. – Mr. and Mrs. G. Green, of Hampden-street, Tranmere, gave, on Christmas morning, a free breakfast to about 250 scholars, teachers, and friends in connection with the Primitive Methodist Church, Mount Tabor, Tranmere.  Breakfast was provided in the Queen-street chapel.  After it the party formed in procession and walked to Mount Tabor, where a suitable discourse was delivered by Rev. R. Phillips.  All received oranges, apples, books, and cards.’

MOUNT TABOR PRIMITIVE METHODIST SUNDAY SCHOOL ANNIVERSARY. – The services in connection with the above were held on April 22nd and 23rd in the Primitive Methodist Chapel, Holt-road, Tranmere.  Preachers …, popular lecture on Rowland Hill … an amusing dialogue …  On Monday evening a public tea was given in the chapel, to which two hundred persons sat down.

The Nemo, however, made amends for their defeat by the St. Matthews Bible Class by making an example of the Mount Tabor on Monday.  The match was played on the ground of the Nemo [Church Street], the latter scoring 50 to the visitors 15.

1927 on:  From the National Archives entry for ‘TRANMERE MOUNT TABOR PRIMITIVE METHODIST CHURCH’: ‘The Wesleyan Methodist church in Church Road, Higher Tranmere was built in 1862 and enlarged in 1875. The Mount Tabor Primitive Methodist church in Holt Road was built about 1872. The former lay in the Birkenhead Circuit, the latter in the Bebington Circuit.  The two churches were merged in 1965/66 when a new building was erected in Church Road.’  The Cheshire Archive holds ‘register, minutes and plans for the period 1927-1964’ for Mount Tabor.  The ‘new building’ is the church that still exists at the junction of Church Road and Whitfield Street in Tranmere, now known as the ‘Church@The Cross’ following the merger of Tranmere Methodist and Charing Cross Methodist (Birkenhead).