The original chapel was built in 1834 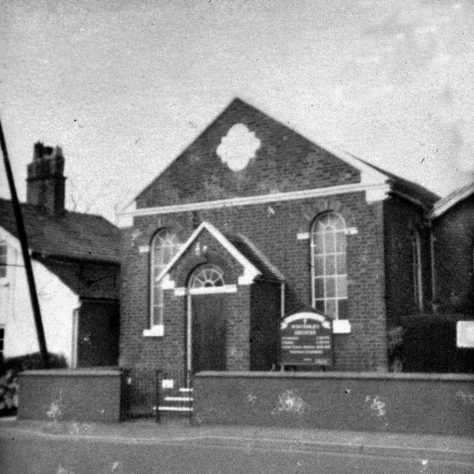 Photo No. 1.
This photo is by kind permission of the Society at Winterley Methodist Chapel and Cheshire South Circuit 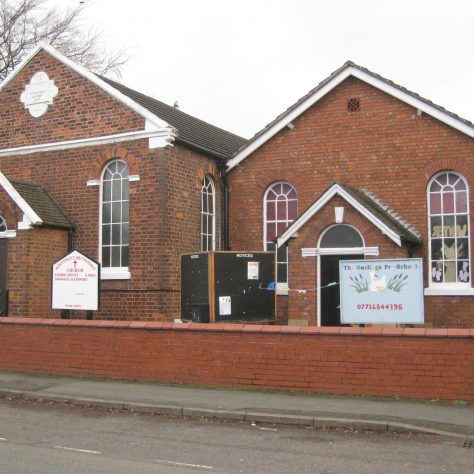 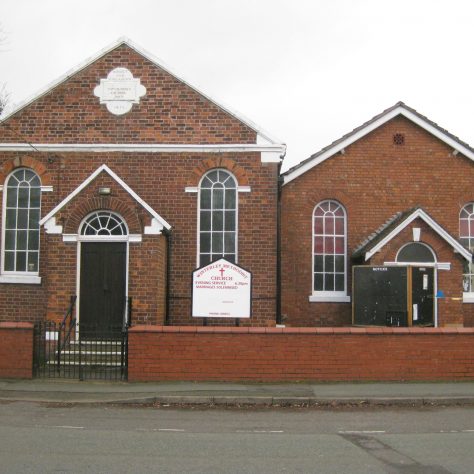 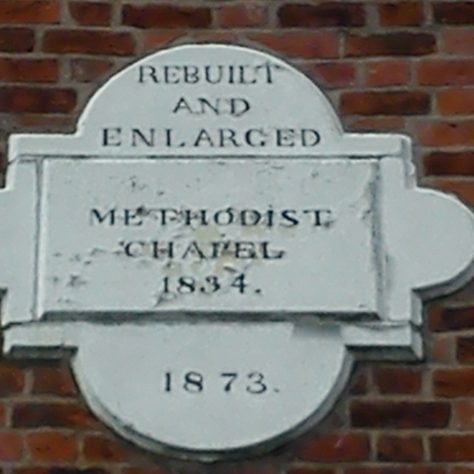 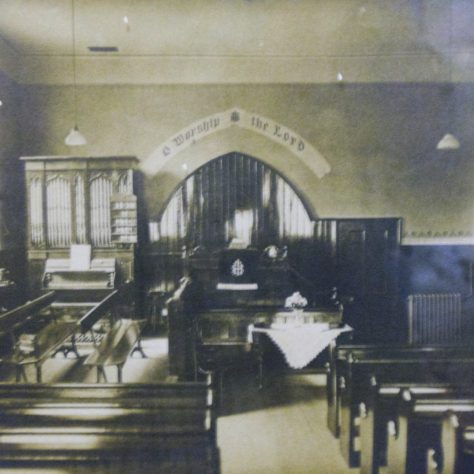 Photo No.5. Interior view of Winterley Chapel in the early 1900s
This photo is by kind permission of the Society at Winterley Methodist Chapel 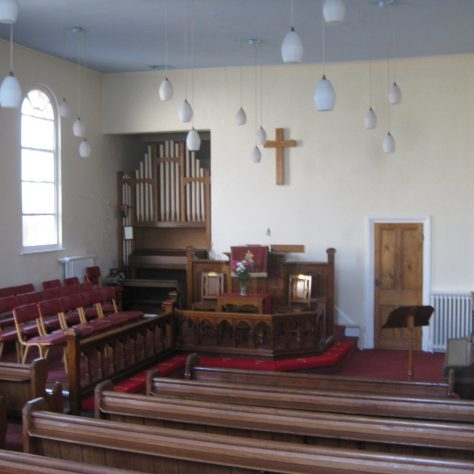 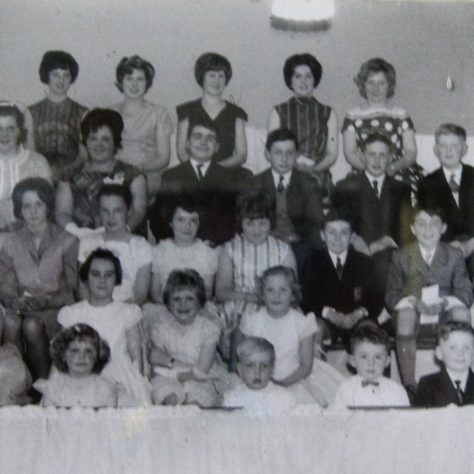 Photo No. 7. Sunday School photo taken in the late 1950s
This photo is by kind permission of the Society at Winterley Methodist Chapel 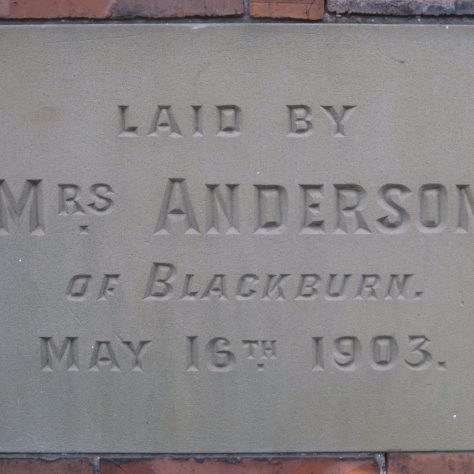 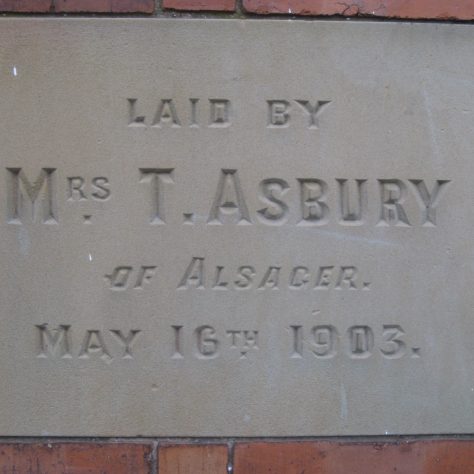 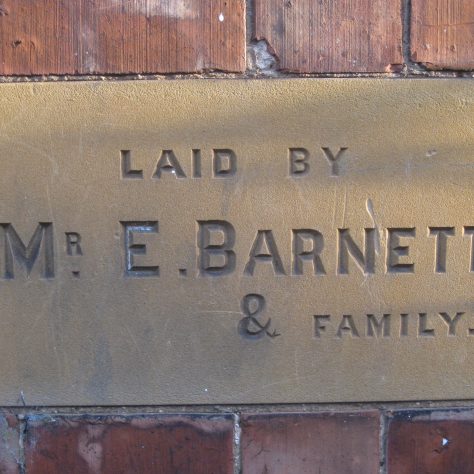 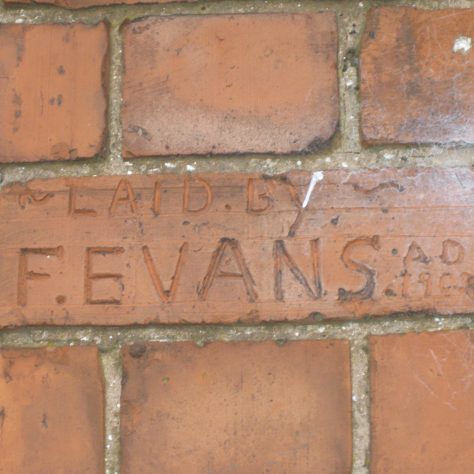 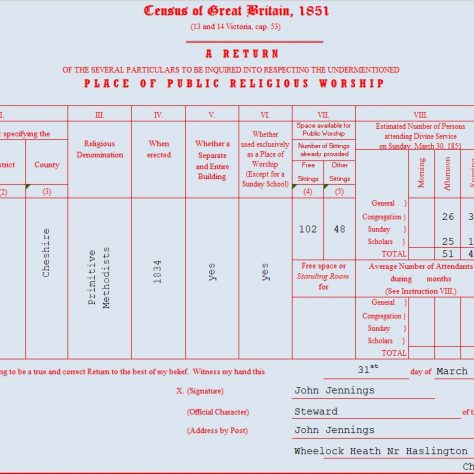 Winterley: Return from the Primitive Methodist chapel in the 1851 Census of Places of Public Religious Worship
transcribed by David Tonks

Winterley appears on a circuit plan as early as 1820.

This small brick built chapel erected in 1834 was enlarged in 1873. A Sunday School was added in 1903 and this building sits at the side of the main chapel.

In 2016 the chapel is still open for worship. The community use the building as does the Winterley Brass Band. The band was founded in 1938 and has been involved with the chapel ever since. In 2016 it is one of only five Methodist Brass Bands in the country and they play an important part in the life of the present day church.

‘On Sunday, June 22, 1834, was opened for divine worship, our new chapel at Wintaley, in Cheshire Brother James Bourne preached at ten in the morning, with great Unction. Brother Thomas Bateman at two o’ clock; and Sister E. Allen at six in the evening, and at seven o’ clock on the Monday evening.

The congregations were large and the collections amounted to upwards of fifteen pounds. This chapel is twenty-six feet long, by twenty-two feet wide. It has twelve elevated pews; is beautifully situated and well attended. And it is finished in a manner that does credit to the builders. And on the whole it is as credible  little chapel as most in the country.’