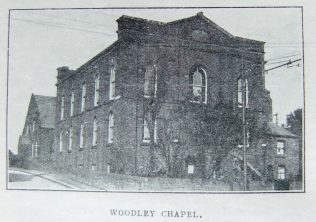 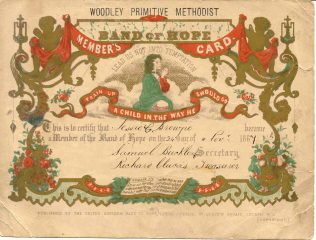 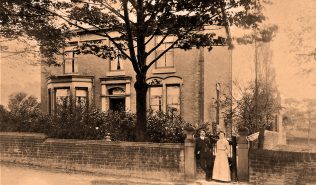 zoom
Ministers House in Woodley, still standing and not far from the Methodist Church in Woodley, Stockport.
Supplied by Arthur Steevens

Between Stockport and Hyde, thus historically in Cheshire, records of baptisms and marriages are in Manchester archives.

There is an account by Samuel Smith & Henry Stafford in the Primitive Methodist magazine of the opening of Woodley Primitive Methodist chapel in the Stockport circuit. Services took place on 3rd and 20th March 1836 and preachers were Bros T Holliday, J Flesher, J A Bastow and Rev N K P (Independent Minister).

The chapel measured 30′ wide by 42′ long and 30′ high. It had a deep gallery at one end with two large school rooms.  Thanks were due to S Aston and his lady for their liberal support and gift of 237 books, one for each scholar. (added by CH 05/2017)