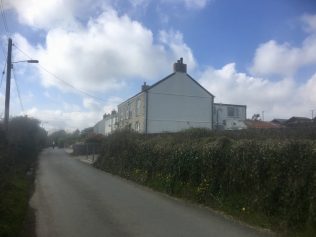 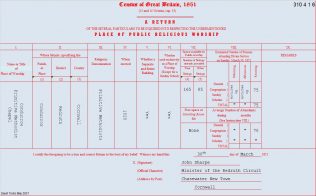 It is slightly challenging to determine the exact location of the Higher Condurrow PMC but it was  slightly further up from the cottages in the picture and has been replaced by a new house set back from the road called Rockery Cottage.

SW churches site reference a build in 1826 and archived documents exist for the mortgage for the build in 1843:

which implies the lease on the land started in 1824. It may have taken some time to build so I would suggest that an 1828 date on the census is good enough for this chapel.

There is quite a lot if evidence to suggest there was a new build in 1888 which  was on the same site, as the maps show it in the same position between 1879 and 1907 with a subtle (but may be just mappings) footprint change.