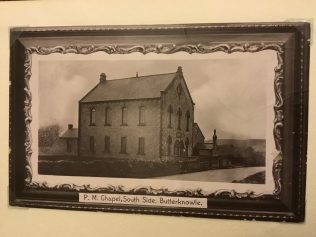 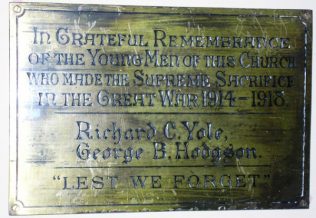 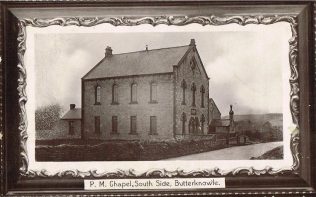 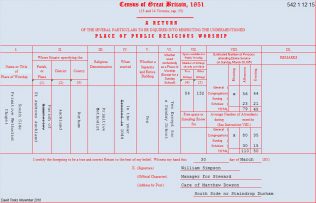 There was a Primitive Methodist society meeting at South Side as early as 1834, when John Denham became a member and later as local preacher. [The 1851 Census of places of Public Religious Worship records a chapel built in 1844. CH-03/20]

In this picture there seems to be a smaller building to the left, which may have been an earlier Chapel.

A memorial names two young men from this church, Richard C Yole and George B Hodgson, who died in WW1.