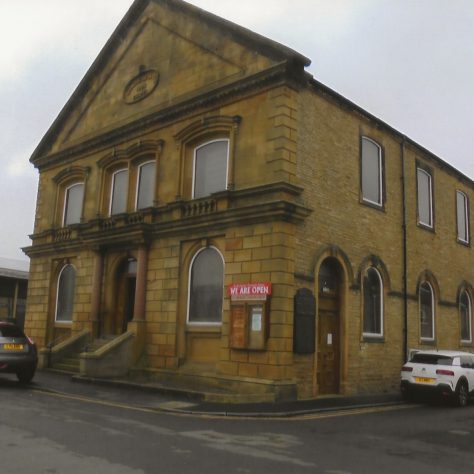 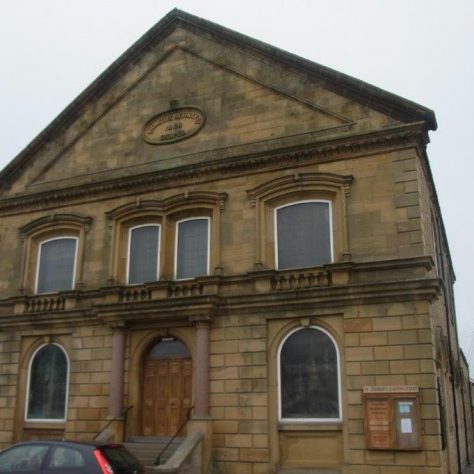 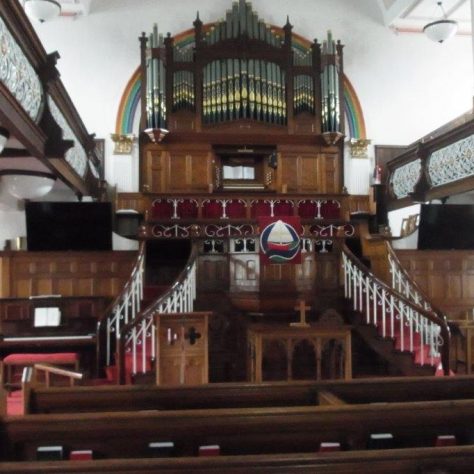 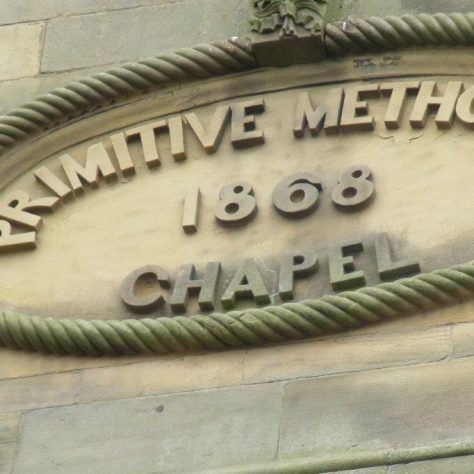 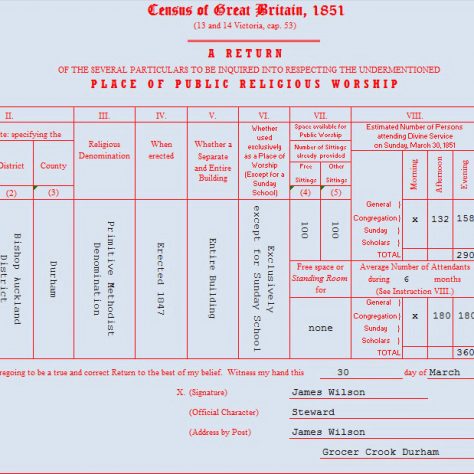 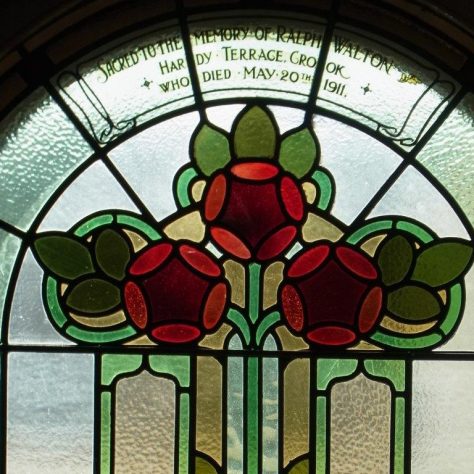 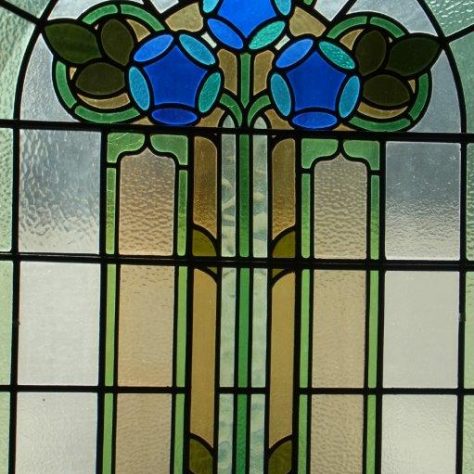 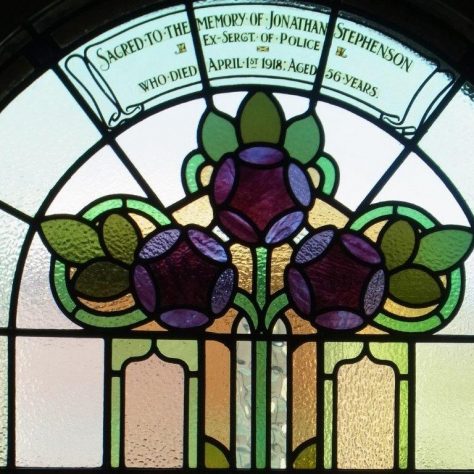 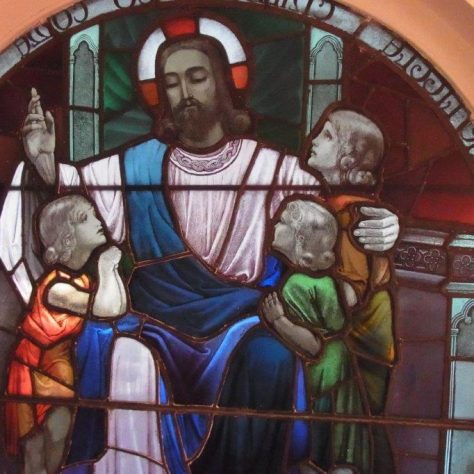 The Census of Places of Public Religious Worship of 1851 included a return from Crook Primitive Methodist chapel. The chapel had been built in 1847 but in the 1851 return they revealed that they intended to double its size and add a Sunday school.

In 1868 a new chapel was built at the junction of Dawson Street and Emmerson Street. It subsequently combined with its Wesleyan counterpart from Hope Street and in 2020 the society is in a Local Ecumenical Partnership with its URC partner. The former Wesleyan society brought with it beautiful decorative glass  which was incorporated into the fabric of the hall at Dawson Street.  You can see more of these photographs here.

Thanks to Christopher Humble for providing the photographs.

Thanks to Ann Layburn for updated information and picture:

The chapel celebrated its 150th anniversary in 2018 and about 10 years previously became a Local Ecumenical Partnership when it amalgamated with the Crook United Reform Society.  It is known in 2022 as St Andrews Dawson Street Methodist/United Reformed Church. It is currently in the West Durham circuit; previously it was in the Crook circuit, then the Crook and Willington circuit.