Still in use today as a Methodist church 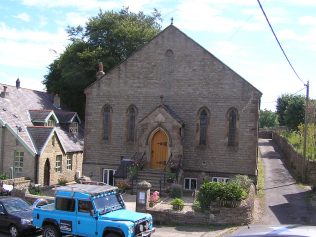 zoom
The front elevation of the 1861 chapel
David Noble 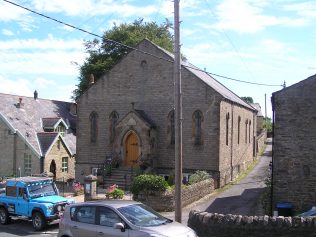 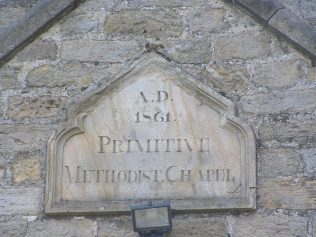 zoom
The date stone over the main entrance
David Noble 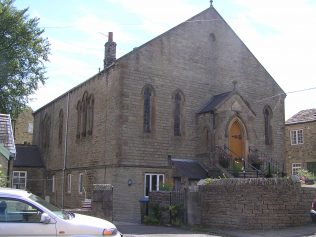 zoom
The ground floor of the building, formerly the school room, is now a dwellinghouse
David Noble 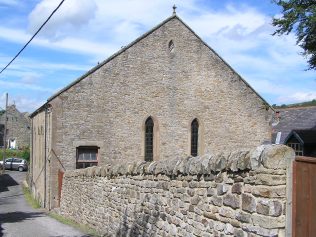 zoom
The rear elevation of the chapel
David Noble 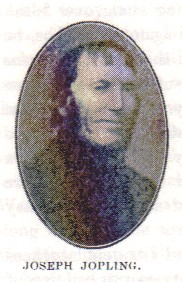 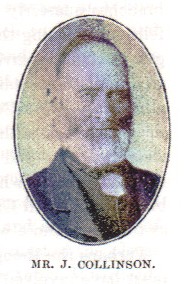 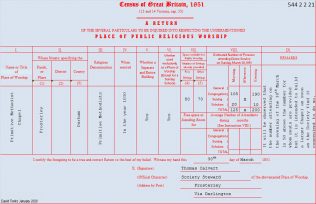 Frosterley is a village in Weardale, about thirteen miles north-west of Bishop Auckland, with a population of 636 (2011 census). The locality is perhaps best known for Frosterley Marble, a black limestone which, when cut and polished, produces a beautiful ornate stone, much sought after for decorative use in church architecture, particularly during the Middle Ages. A striking local example of its use, dating from the middle of the 14th century, can be found in Durham Cathedral, where the ceiling of the Chapel of the Nine Altars is supported by slender columns of Frosterley Marble.

Some five hundred years later, in November 1821, the first PM society in Weardale was formed at Stanhope, soon to be followed by Westgate in 1823. In Patterson’s Northern Primitive Methodism, the work at Frosterley is first mentioned in 1827, when John Oxtoby visited the area. Oxtoby’s diary refers in particular to “an inexpressibly glorious day” at a camp meeting on 17 June when “individuals were brought to the ground by the matchless power of Deity. Others stood trembling as an aspen leaf.” According to Patterson, “day after day seasons of power were the order” at numerous places in Weardale, including Frosterley. Patterson also says of John Oxtoby that ”so great was [his] influence at times that persons ran out of the meetings; but some of them were so deeply affected that they fell on their knees on the roadway before reaching home, and cried for mercy.”

According to an article in the Northern Echo for Tuesday 8 August 1893, the first Primitive Methodist chapel in the village was constructed in 1829 “when Frosterley contained but 400 inhabitants”. The chapel was built “to serve the needs of some 30 members, at whose head was the Rev. William Sanderson, well known in the dales as a preacher of great force and originality”. This chapel was constructed at the west end of the village, across the River Wear from the railway station. We know where it was built because Patterson refers to the chapel as being located on the same site as the later rebuilding, which still exists today. Two years after the chapel opened, Patterson records a visit by Hugh Bourne.

Kendall and Patterson both refer to the significant Primitive Methodist revival that occurred in Weardale in 1861. According to Kendall, “there was the revival which began at Frosterley in 1861, and spread through Weardale, which in two months increased the membership from 68 to 147, and led to the voluntary closing on the Sabbath of seven public-houses.” Kendall mentions in particular “the prominent part taken in the revival by Joseph Jopling of Frosterley a simple, devout, unmercenary lay-evangelist” and “Joseph Collinson, another Frosterley local preacher who showed himself an active promoter of revivals”.

Patterson recalls that “the revival during the superintendency of Mr. Phillips commenced at Frosterley in 1861. The society had entered a new chapel (built on the site of present one), and the occasion created widespread interest. People flocked in such numbers to the new place that a complaint arose that it was too small. In about two months the society increased from 68 members to 147. Joseph Makepeace was one of the prominent workers at that time.” The Rev Henry Phillips subsequently became President of the Conference in 1878.

In 1861 Frosterley had a population of 486, but it was a clear measure of the Primitive Methodist revival in Weardale that, in that year, a large new chapel was built at Bridge End, to the west of the village, which had a capacity of nearly 300. Interestingly, the chapel was not solemnised for marriages until 1900, although the Wesleyan chapel in the village had been registered for this purpose since 1888.

Some thirty years later, in the report in the Northern Echo (Tuesday 8 August 1893) describing the ceremony for the stone laying for the new Sunday school room, the newspaper reviewed the progress of the cause:

“In 1861, when the population had doubled itself, the present chapel, costing £445, was built during the superintendency of the Rev. Henry Phillips, but so rapidly did the church grow that £605 had subsequently to be spent in enlargement. The church membership is now 153, and the chapel accommodates 450 worshippers.”

As the August 1893 report in the Northern Echo commented, “Primitive Methodism in Weardale is a plant of hardy growth, whose history is that of continuous advance. The record of the church at Frosterley exhibits this in a gratifying degree.” Perhaps that is why, despite the fact that the Wesleyans were also present in Frosterley, it is the former 1861 Primitive Methodist chapel that today represents the Methodist Church in the village.

Charles Coke, Population gazetteer of England and Wales and the Islands in the British Seas: showing the number of inhabitants of every parish and place according to the Census of 1861, derived from the Official Returns of the Census (London: General Register Office, Somerset House. 1864)