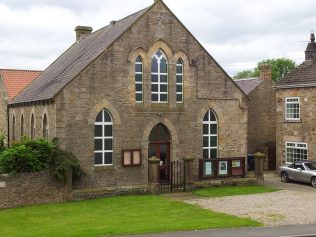 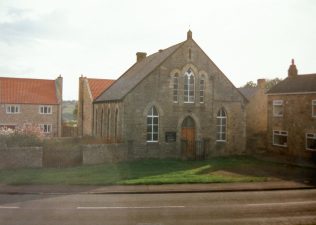 Durham County Record Office contains a number of documents in relation to Hamsterley Primitive Methodist chapel.  They include a letter, dated 25 September 1886, from the General Committee of the Primitive Methodist Connection, Burnham House, London, to the authorities of St. Helen’s Auckland Station, authorising the sale of the previous (tin?) Hamsterley chapel.

William Patterson, writing in 1909, says the following of Hamsterley:

“Hamsterley has bravely kept the faith since Samuel Laister preached there on July 10th, 1821. Many trophies have been won for the Lord, and a strong society to-day renders efficient service. On entering the St. Helen s Circuit in the early eighties, Andrew Mein and his family worshipped at Hamsterley. Seeing the need for a better building than the old structure in which the meetings were held, he interested himself in securing a new chapel, and the cost of the neat edifice was rapidly extinguished.”

The new chapel was built in 1887 – it is reported in the Primitive Methodist magazine – and is still active with 11 members in January 2015.