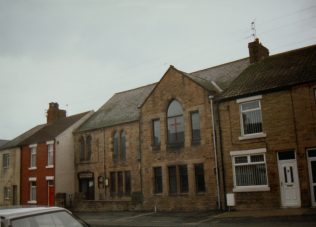 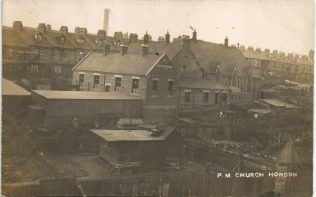 Writing in 1909, William Patterson in Northern Primitive Methodism tells of the chapel in the 19th century.

“Perhaps Howden-le-Wear, still a vigorous society, was in the zenith of its strength in the eighties. There were men and women of sterling worth in it. “Jackie” Robson was a father in that Israel. John Raine, brother to Joseph of Toft Hill, was another venerable saint. David Calvert, a man of position, made the choir famous, and also trained other choirs for the Middlesbrough festival. Henry J. Mein, then manager of HowdenColliery, excelling as a local preacher, and still a commanding personality in South Durham, was a great force in the society, especially in the training of young men. In this work he was succeeded by George Robson, now of Whitley Bay, and nearly all the twenty five young men in the class were converted in the mighty mission conducted by young Grady, one of JosephOdell’s men.

Four or five of them became local preachers, and one of them, Ernest Barton, entered the ministry in Canada.”

The chapel is still active, the only church in the village.

The former Wesleyan chapel is now the home of the North East Cinema Organ Society, complete with a Wurlitzer that rises up out of the ground.

Patterson, William M. (1909) Northern Primitive Methodism. A Record of the Rise and Progress of the Circuits in the Old Sunderland District. Dalton, London