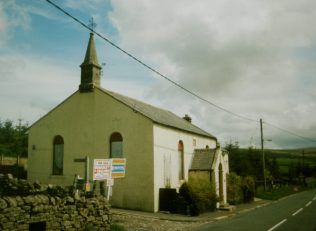 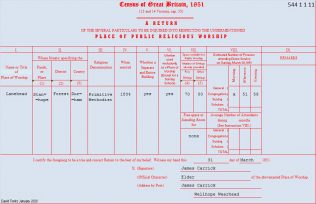 The ‘Keys to the Past’ Website shows pictures of the former PM Chapel at Lanehead, along with a transcription of the English Heritage Listing for the building. Follow this link to the page.

The Primitive Methodist magazine for 1859 contains an account by W Lister of the rebuilding of Lanehead Primitive Methodist chapel in 1858. The previous chapel , although very damp, poorly ventilated and too low, was adequate until  “a gracious revival” in the winter of 1857-8 increased the society to 60-70 members.

The new chapel took up the whole extent of the site and was 7’6″ longer, 6′ wider and 4’6″ higher. All the stones were quarried and transported for free.

Opening services and tea meeting for 210 started on October 23rd 1858 when the preachers were Rev H Phillips of Allendale, W Lister and Rev W Sanderson.

Worthy donors who were working men of the society included: R Humble (sen.), Joseph Watson, R Kidd, George Humble, E Peart, J Carrick, E Humble (jun.) and E Baty. The overall cost was around £150 towards which they had raised £100.