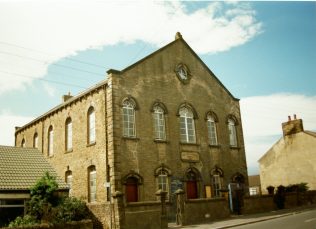 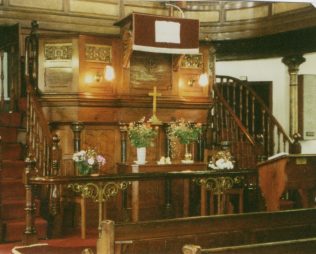 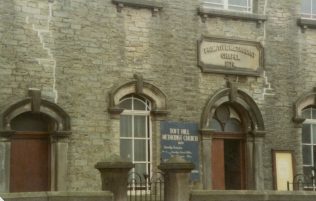 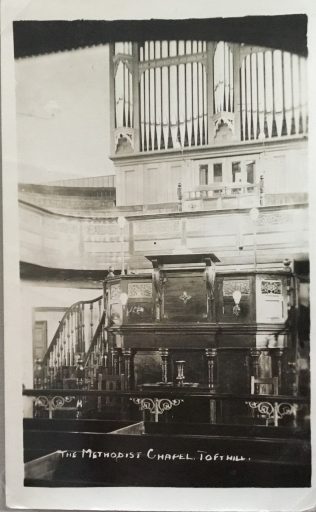 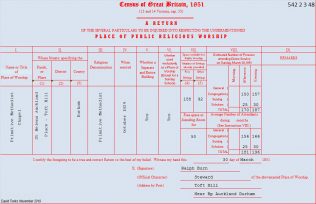 William Patterson, writing in 1909 describes the Society as follows:

“Toft Hill is a remarkable society, with a hundred members and a dozen local preachers. The change is astounding since the time, before the building of the little chapel in 1829, when Isabella Stephenson opened her house for service. Toft Hill is wealthy in men. What was Howden-le-Wear’s loss was Toft Hill’s gain when Henry J. Mein, one of the family mentioned above, took up his abode at Toft Hill Hall. The village was not the place it is today when Bryan Hodgson went there sixty years ago, and the progress made during his lifetime must have cheered the heart of the veteran society steward before he fell asleep in 1908. As we have seen, there were many visitations of power in the society. John S. Stephenson, who died quite recently, was converted in the revival of 1855, and served as Sunday School teacher, class leader, and local preacher for over fifty years. He celebrated his jubilee as a local preacher in 1905, when the circuit presented him with an illuminated address, his portrait, and a pair of gold spectacles. Miss Bulmer, accompanied by her friend, Miss Walton (now Mrs. T. E. Ridley, of Newcastle), as soloist, went to preach the chapel anniversary sermons in the early part of 1892. Five seekers for pardon went to the communion rail on the Sunday night, and it was resolved to have another meeting on the following night. The harvesting lasted for five weeks, and large was the ingathering. Old Bryan Hodgson was among the har esters, so also were Joseph Raine, Robert Atkinson, Albany Moffatt, and Robert Hodgson.”

The 1921 Dictionary of Organs and Organists”, published by George Mate & Son, tells us that the organ was built by Thomas Ward of Middlesborough.  It had two manuals, 10 stops and three couplers.  WT Foster had been organist since 1892.

The chapel has closed and has been replaced by two small detached houses called Chapel Mews.

Colin Dews tells us that the architect was George Race. The Rev W Walker Lee, President of Conference, came from here.

Thanks to Richard Jennings for the photographs from Newcastle upon Tyne District Archives.

Patterson, William M. (1909) Northern Primitive Methodism: A Record of the Rise and Progress of the Circuits in the Old Sunderland District. Dalton, London