Now converted to a dwelling 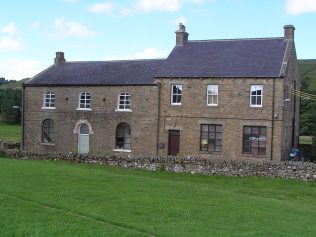 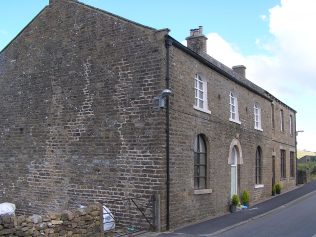 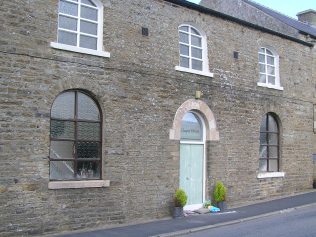 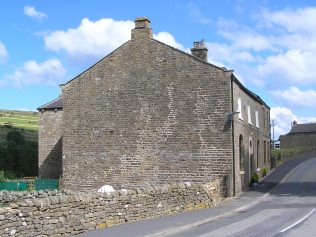 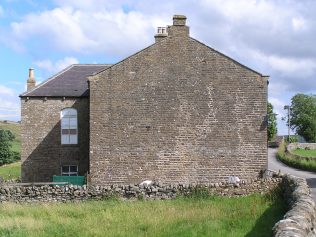 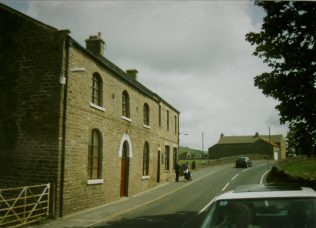 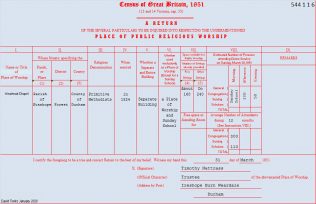 On 5 June 1987, Wearhead PM Chapel became a Grade II listed building. According to the English Heritage list description , the chapel was built in 1826, which places its construction at the time of the renewed interest in Primitive Methodism revival in Weardale as a result of the efforts of “Praying Johnny” (John Oxtoby) and others. [For more on this, see the page about Westgate PM Chapel.]

A photograph of the interior of the building can be found here , together with details of a memorial tablet that is also mentioned in the English Heritage list description. There is also a comment that the chapel “ceased operation in 2005”. That comment is corroborated by a report in The Northern Echo for 27 September 2005:

“ANOTHER chapel in a North-East dale, once a hotbed for Methodism, will close in the next month. After months of speculation, Weardale Methodist Circuit, in County Durham, has agreed to the closure of the 180-year-old chapel at Wearhead, at the top of the dale. A final service at the chapel, which is a grade II-listed building, will be held at 2.30pm on Sunday, October 9. In its heyday, when Methodist founder John Wesley visited the dale, the chapel at Wearhead was packed with lead miners, quarry workers and their families. From 1833, it was home to a successful Sunday school. In recent years, congregations have continued to dwindle until only a handful of people have turned up for services.”

A very full report of the final service appeared in the 15 October 2005 edition of The Northern Echo.

By 2008, the property was for sale, as a photograph taken on 5 November that year indicates. However, it seems that more than four years was to pass before anything would happen to the building. A report in The Northern Echo for 3 February 2013 commented that:

“PLANS have been submitted to turn a 190-year-old chapel in a picturesque dale into a house. The former Methodist Chapel in Wearhead, in Weardale, County Durham, was built in 1826 and 1826 and was used as a chapel and school room. The Grade II listed building next to the A689 through Weardale is still laid out as a chapel with pews inside, but now plans have been submitted to turn it into a home. In a statement to Durham County Council’s planning department, architectural planner Christopher Reed who represents the applicants said his clients are “conscious and respectful of the historical nature of these premises and are keen to keep the building’s identity where this is feasible”. Mr Reed added: “This unusual property forms part of the history of this part of Weardale and its proposed conversion to a large family dwelling is aimed at preserving the character and appearance while providing a home of high quality and good design.”

On 25 March 2013 Durham County Council granted listed building consent for the conversion of the chapel to a dwellinghouse. The application drawings and supporting documents can be seen on the Durham County Council web site. As of August 2013, it appeared that the conversion works had been implemented, as the building was clearly in residential use.