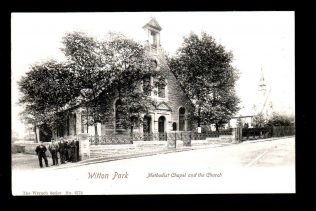 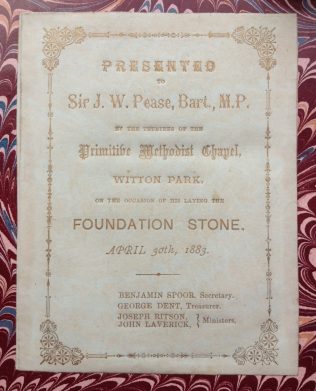 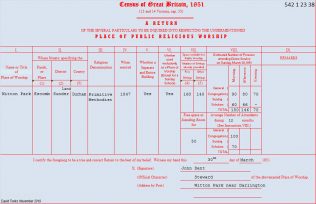 There is an account in the Durham Chronicle recording the re-opening of Witton Park Primitive Methodist Chapel in 1847 and an entry in the 1851 Census of Places of Public Religious Worship.

The foundation stone of a further Witton Park Chapel was laid on 30 April 1883, according to two presentation labels discovered inside a nicely bound copy of the Primitive Methodist Quarterly Review, for 1882.

The second label (underneath) is identical, apart from the name. It is ‘Presented to David Dale, Esq’.