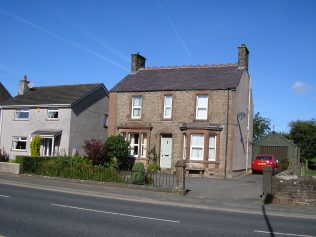 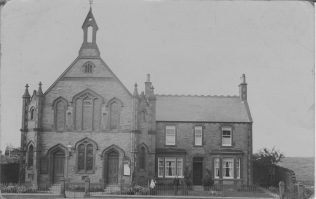 zoom
Aspatria PM Chapel and Manse. The people in front of the manse are Rev Edward Evans and his family.
Supplied by Judith Rogers from the postcard collection of Rev. Alexander McDonald - August 2021 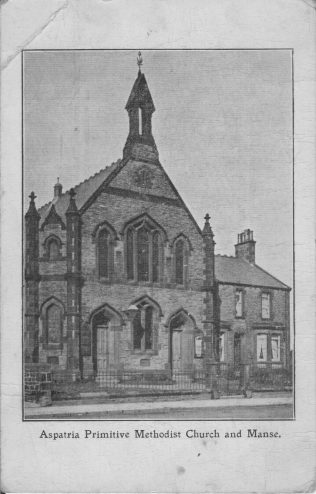 zoom
Supplied by Judith Rogers from a collection of postcards collected by Rev. Alexander McDonald - August 2021 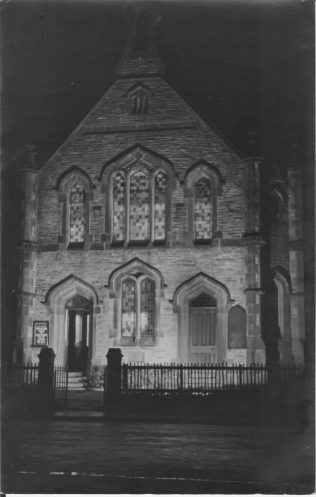 The chapel was built in 1895-6 at a cost of £1273 and opened on 10th September 1896  The front elevation was of Lazonby stone with red stone dressings. The building was designed by WG Scott of Maryport. It was entered through two doorways with a two light window between. Above them was central a three light window flanked by lancet windows. All the openings had ogee arches. There was a bell cote at the top of the gable. The corners of the gable end were chamfered and each of the four angles surmounted by a pinnacle. Inside there was a gallery and an overall capacity of 340 sittings. There was also a schoolroom and two other rooms and the minister‘s house adjoined the chapel. The contracts for building the chapel were let on 16/9/1895:

In its heyday this must have been a most impressive suite of buildings and is probably Scott‘s most successful ecclesiastical commission. (cf Ellenborugh, Old Road, Primitive and Broughton Moor Wesleyan)