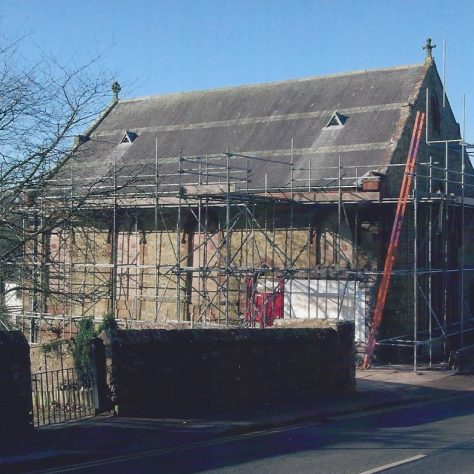 about to be demolished 27 February 2013
Iain Parsons 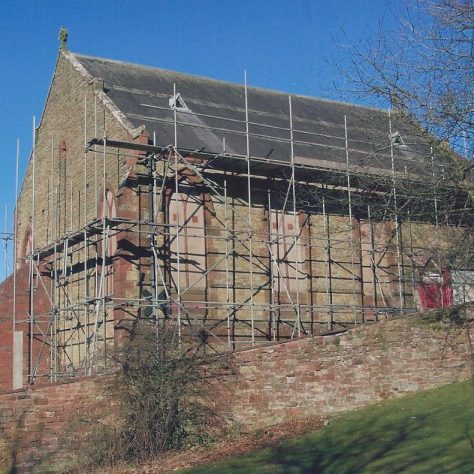 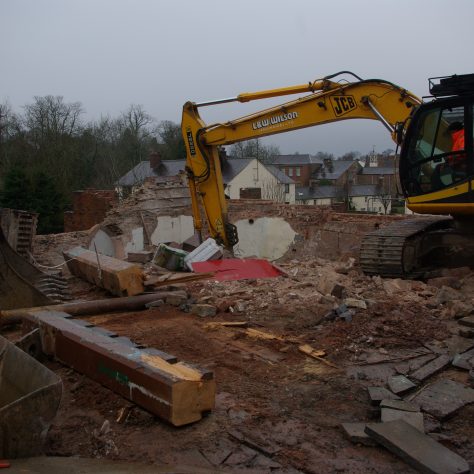 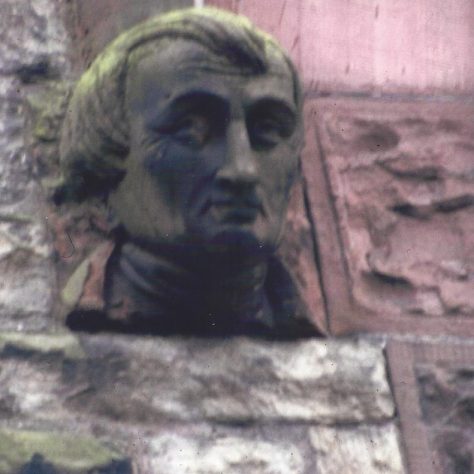 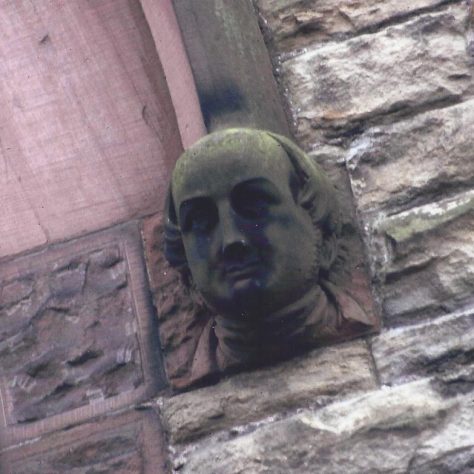 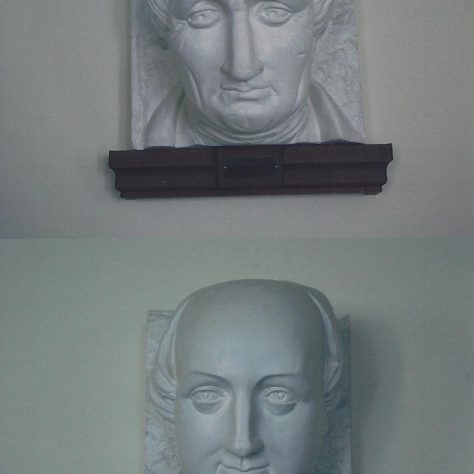 Copies of the heads of Bourne and Clowes which were made from those on the dripstones of the old Primitive Chapel. These are now mounted in the Crush Hall of the present Methodist Church.
Iain Parsons 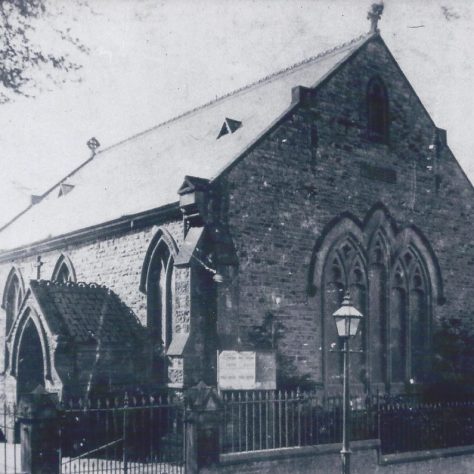 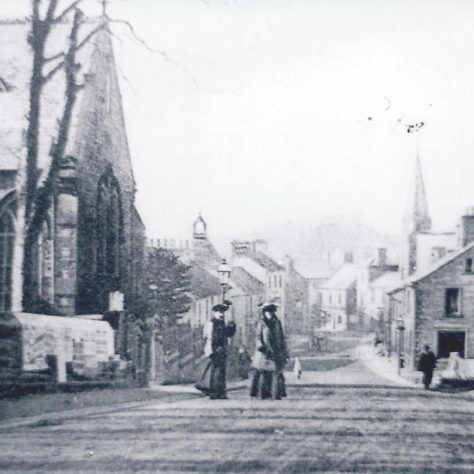 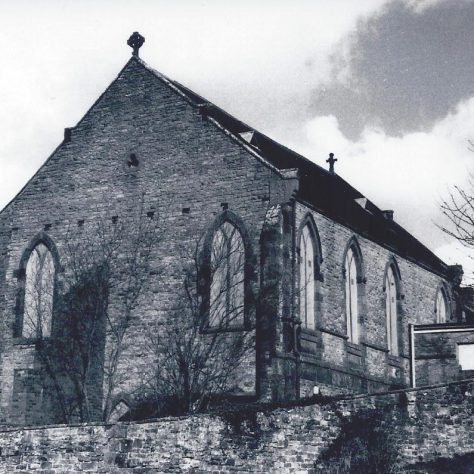 Chapel from the rear 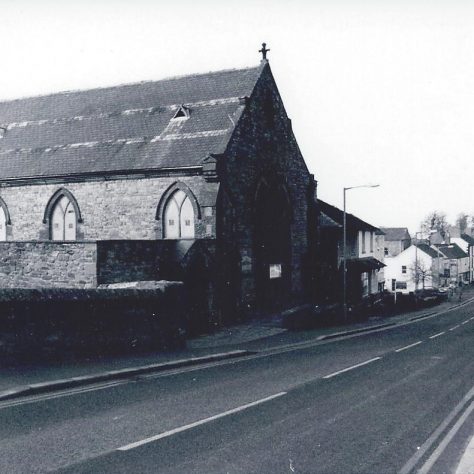 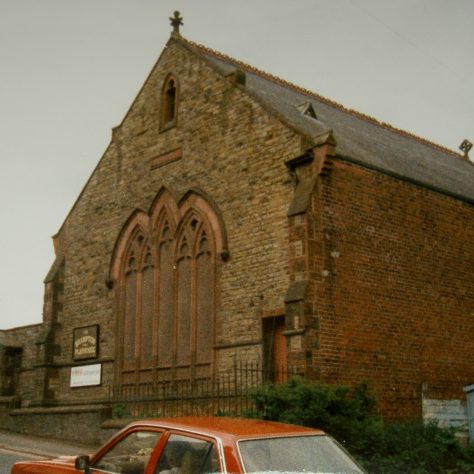 Photographs of this chapel were taken as it was being demolished to make way for a housing development.

Iain Parsons reported,  ‘the structure had become dangerous and there was no chance to stabilise it without horrendous expense. Even then, the prognosis would have been very doubtful. There is a space like a missing front tooth on the Moatside at present. It is hoped that the dripstone heads can be saved.’