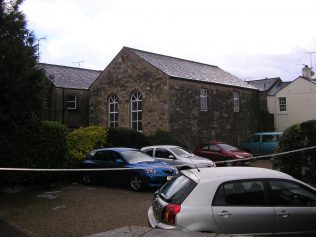 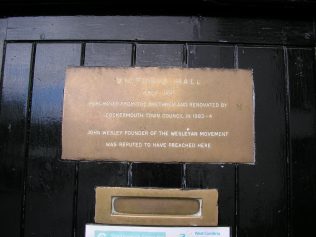 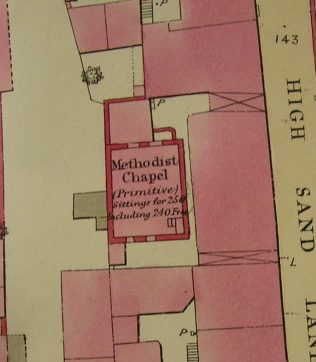 High Sand Went Chapel was rented from the Wesleyans after they moved to their chapel in Market Place in 1841. The rent was  £10 per annum. In 1851 they bought it outright for £90. There were 150 lettable and 150 free sittings. The Primitives remained in occupation until moving to the chapel in New Street. The building was later used by a congregation of Bretheren and is now a public hall. (DFCM2/145; Griffin, EW, Watchers of a Beacon: The Story of the Keswick and Cockermouth Methodist Circuit)