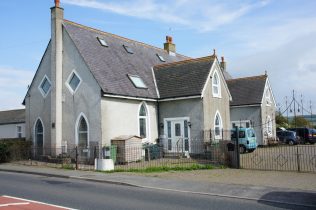 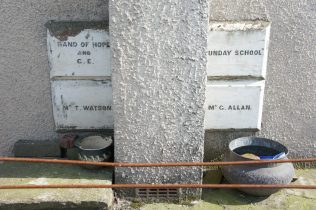 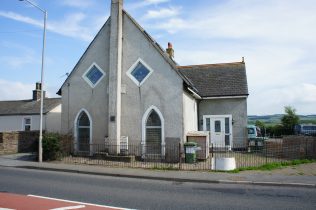 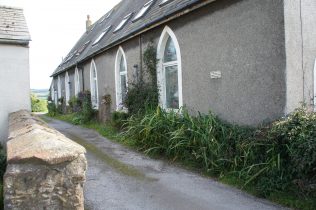 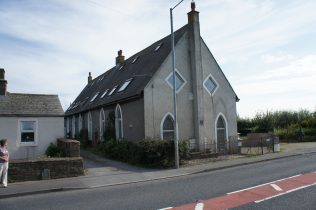 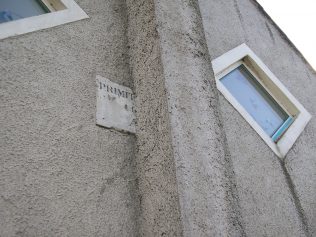 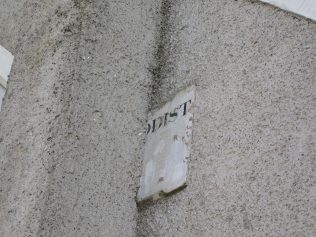 The main entrance was in the centre of a gable wall facing the road. It was set behind a narrow yard enclosed by a low wall. The doorway was flanked by windows and above it was a plaque now partly obscured by a modern chimney stack.

The chapel occupied two bays of shipbuilding and the rostrum was probably opposite the entrance.

Beyond the chapel was another (?school) room occupying a further two bays. There was a narrow rear extension at one corner. There were 65 lettable and 19 free sittings.

The plan was to extend the main building further back, incorporating the existing narrow extension. The chapel itself was to be extended by one bay and the arrangement of its interior reversed. The main entrance was to be blocked with foundation stones incorporated in this work. The rostrum was to be placed in front of where the old door had been and was to be faced by two blocks of pews.

The main extension was built behind the original school room and contained two schoolrooms and, at the very back, a boiler house and store room. The main entrance was through a porch situated on the west side at the junction of the chapel and the school room. The porch rose above the roof line of the main building and was crenellated. The further schoolroom had its own entrance on the east side.