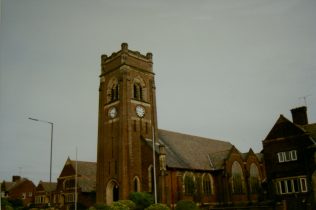 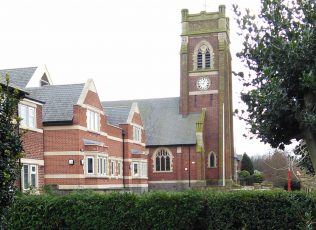 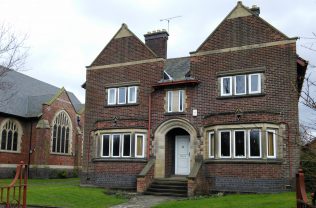 zoom
Watchorn manse, next to the church
Christopher Hill 2015 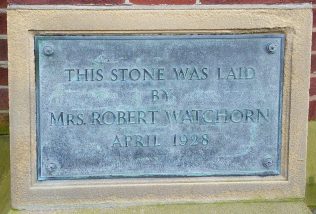 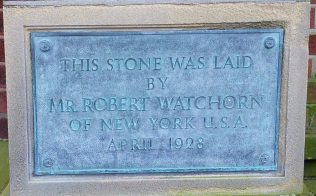 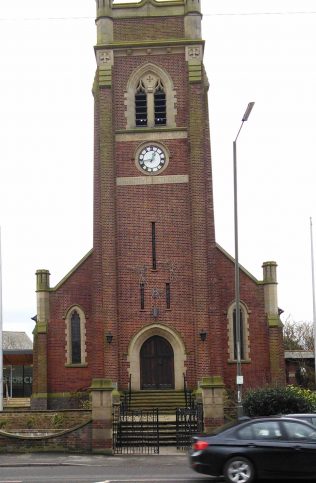 Alfreton’s Watchorn Methodist Church is part of the Watchorn Estate, built by local benefactor Robert Watchorn (1858-1944) in memory of his mother, his son Ewart and Abraham Lincoln, whom he considered the greatest man ever born. The Church was built 1927-9 – there is much more information about the whole development and about Watchorn himself on the English Heritage Pastscape website.  His story takes him from a cottage on the site where the church was later built and working in Shirland pit to America where he became Secretary of the National Miners Union of America, with a gold medal for his bravery during one mining disaster. He was instrumental in passing the Factory Act, which prohibited children under 14 years of age from working 12 hour shifts in the factories.  In 1905 President Roosevelt appointed him Commissioner of Immigration on Ellis Island, New York. By 1916 he was President of his own Watchorn Gas and Oil Company in Oklahoma City, which gave him the wealth to endow various churches, colleges and libraries – including in his home town of Alfreton.

The “Watchorn Complex” was finally completed in 1939 – a church and manse with school, houses, library, Garden of Rest and a children’s Pleasure Park.

The Church, Sunday School and houses were built on the east side of the Derby Road and the Alma Watchorn Memorial Park on the west, although there have been changes as a result of road works. The Sunday School was demolished in 2011.

Media archive for Central England contains reference to a home film of 1939  showing several patrons of the Watchorn Memorial Primitive Methodist Church, Alfreton standing in the grounds of the church and walking around the Alma Watchorn Park.

A brand new church was opened in 2012 on the site of the former Sunday School, next to the main church.