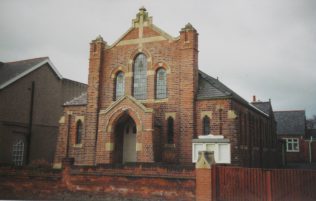 In February 2014 Barlborough Methodist church celebrated the centenary of the present building.

In 1820 Barlborough had a local preacher Jeremiah Gilbert but no purpose-built chapel. The 1851 religious census showed that Primitive Methodists were meeting in a hired room with seating for 40 and a congregation of 55. There are further records of small chapels in 1870 and in 1895 but it was not until 1913 that the current Chapel was built.